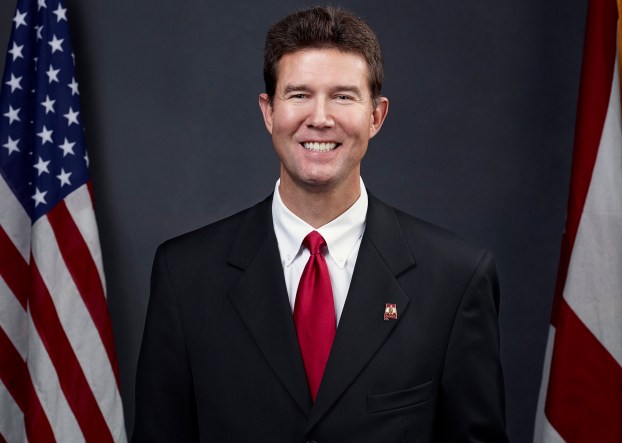 How your vote is kept secure

The recent presidential election has some across the country concerned or curious about how elections are kept secure.

There are several measures in place in Alabama to ensure that every legal vote gets counted.

“We have a very secure election system overall, and it is because our local election officials, the Sheriff and circuit clerk and probate judge, all work together with the registrars and the county commission to ensure that our locations are safe and secure,” Alabama Secretary of State John H. Merrill said.

One of the ways officials ensure that each vote is counted is by keeping track of how many ballots are sent to each polling place, how many votes are cast, how many ballots had a mistake made on them (and the person was given a new ballot) and how many are leftover.

Merrill said states that mailed an absentee ballot to every registered voter in this past election “don’t know how many ballots are out there that still haven’t been returned, and if you didn’t stop the ballots from being returned by a certain day at a certain time, then someone with nefarious intent can come back … and come up with 70 votes they found somewhere.”

Merrill said this would have a bigger impact on local races than on the outcome of national elections.

In Alabama, voters were still required to fill out an absentee ballot application to receive one.

Merrill said Alabama avoided issues some other states had during the election by sticking with action that was approved by the legislature, without having additional orders by the governor or the secretary of state.

Because of pandemic concerns, the absentee option was made more available. Everyone was told to check the medical reason for needing to vote absentee. This option will remain available through the end of this election cycle. More than 300,000 people chose to vote by absentee ballot this year. This is three times the highest amount of the previous record number of absentee ballots.

Merrill said the absentee voting process is something that his office will be reviewing in the next legislative session “as we always do after elections are held to make sure that we are continuing to be responsive to the needs of Alabama.”

“One of the things that we are reviewing is the merits of the continuation of the excuse provision,” Merrill said.

The excuse provision required someone to be out of town, working a shift that would cover the entire time the polls were open or a medical reason.

Merrill said 13 counties made absentee voting applications available in person on Saturdays during this election cycle with election office staff working those hours. This essentially created an early voting option without the additional cost of paying poll workers and equipment at multiple sites for multiple days.

“No state in the Union has seen an increase in voter participation that has early in-person voting,” Merrill said.

This year, counties could also apply for funds from the secretary of state office for items needed to hold the election during the pandemic. This office also paid for all of the polling places to be cleaned.

Funding for this came from the CARES Act funds.

Other accountability measures in Alabama are having law enforcement or security technicians set up the election equipment with additional people as witnesses to the process.

Merrill said he plans to ask the Alabama Legislature pass a bill to require the voting equipment to be audited with a sampling of ballots after an election to ensure that it was counting the votes properly in three counties as  astudy of whether it would be good to implement throughout the state.

During his time as secretary of state, he has tried to get everyone who is legally eligible to vote registered to vote, Merrill said.

This has added more than one million new registered voters.

This is equivalent to 94% of all those in the state who are eligible to vote.

“No state in the Union has done as much as we have done in that same amount of time (about five years),” Merrill said. “We are very proud of that.”

During Merrill’s tenure more than one million names have also come of the voter registry due to people dying, moving or committing a crime that nullifies their right to vote (moral turpitude).

The machine scans a person’s license and pulls up information automatically.

Merrill said replacing paper lists with these machines has reduced wait times by 60-75%.

A provisional vote is always an option if there is some issue with verifying that one is registered to vote.

By JOYANNA LOVE/ Managing Editor Chilton County Schools has announced that indoor sports have been reduced to 20% of the... read more