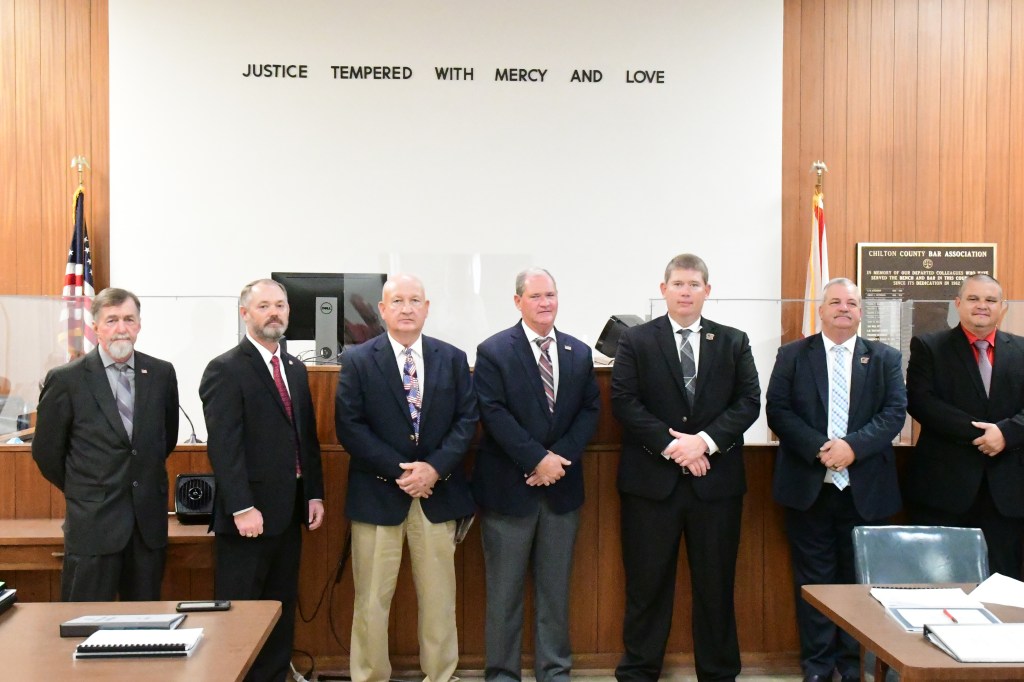 The Chilton County Commission chose not to vote on a resolution that would change the school superintendent position from being an elected position to an appointed one. (FILE)

Constructing an outside covering for the tag office building was discussed deeply during the Chilton County Commission meeting on Dec. 8.

The discussion was led by Commissioner Jimmie Hardee, who said he drove by the other day and saw several people standing outside waiting for their turn in rainy 50-degree weather.

Residents needing the services provided by the tag office are required to wait outside due to the COVID-19 regulations in place that limit the number of people who can wait inside the building.

“I understand that we’re under the pressure of COVID, but we have some Cares Act money,” Hardee said.

He proposed looking into solutions for the creation of a structure designed to help keep people from standing out in the elements.

The Commission agreed something definitely needs to be done to improve the current situation.

It was approved to have Hardee look into the project and an get some pricing estimates for how much it might cost.

County Engineer Tony Wearren was asked his opinion as an engineer, and he mentioned a tempered glass structure could perhaps do the job.

More details about the possible project will be available at a future Commission meeting.

During the work session prior to the meeting, Chilton County Industrial Development Authority Executive Director Whitney Barlow informed the Commission that the water line located along County Road 250 will need to be moved in order to accommodate the Alabama Farm Center at ALFA Centennial Park at Exit 212.

According to Barlow, a plan will have to be in place in the future to do something about the water line in addition to the infrastructure. The farm center complex will actually require its own water tower on site.