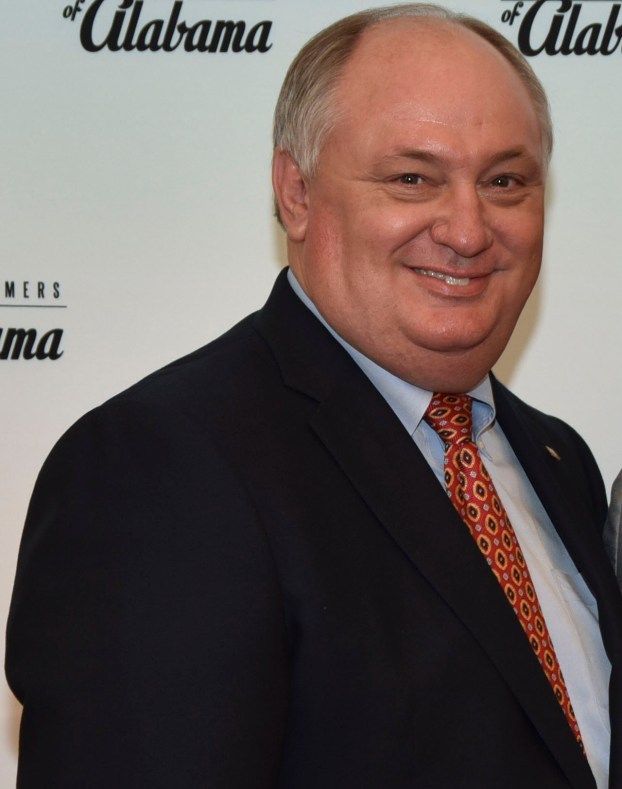 Alabama Farmers Federation President Jimmy Parnell has been elected to another term. (FILE)

From the Alabama Farmers Federation

Parnell, a fifth-generation farmer from Stanton in Chilton County, is a partner in his family’s cattle and timber business. He thanked the voting delegates representing all 67 counties who unanimously reinstated him. Parnell ran unopposed and also serves as Alfa Insurance president.

“I am excited about the opportunity to lead this organization into its 100th year,” Parnell said. “Throughout history, farmers have faced obstacles, and the past year brought special challenges. Despite those, farmers continued to feed and clothe America and the world. Our organization faced its challenges head on and continued to work for farmers every day. As we chart a course for the next century of this organization, we are still led by men and women who are dedicated to serving farmers and promoting the economic, social and educational interests of Alabamians.”

Parnell, 56, is a former State Young Farmers Committee chairman and served on the Federation’s state board from 1999-2008. He was Chilton County Farmers Federation president from 2006-2012.

Elections were held for four district board positions, which have three-year terms.

John Bert East, 69, of Leesburg in Cherokee County was elected to serve District 3, which includes Cherokee, DeKalb, Etowah and Jackson counties. He is a row crop and cattle farmer.

Thomas Adams, 43, of Newville in Henry County was elected to the District 12 board seat. He represents Dale, Geneva, Henry and Houston counties and raises row crops, cattle and poultry.

The Alabama Department of Transportation has begun work to raise three bridges that cross over Interstate-65 in Chilton County. The... read more