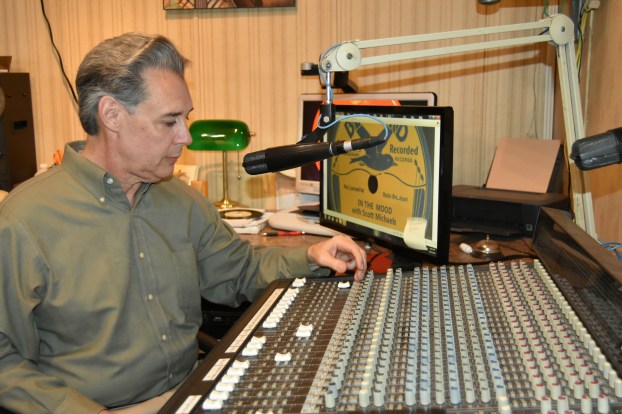 The Central Alabama Performing Arts Guild and radio station WKLF AM & FM have announced a unique, free Christmas event for the community: a drive-in Listening Party for the broadcast of CAPA Guild’s new Radio production of Charles Dickens’ “A Christmas Carol.”

“We originally did this radio play here in 2014, with a cast of friends from around central Alabama,” says Mike Schiermann, the producer of the radio play. “We felt it was time to do a new version with an all-new cast of characters, and we all needed a little shot in the arm this Christmas, what with the pandemic and everything. And this is always such a special thing, especially for the performers, their friends and families.”

Because of the need for social distancing, CAPA Guild did not ask its cast of players to come into a recording studio for this production. Instead, auditions were held via ZOOM, and each actor was recorded over the phone.

“This one will sound a little different,” says Schiermann. “Since we had to record everyone individually over the phone and assemble the final scenes line-by-line. But I really don’t think it detracts from the play. All of our performers did a superb job, and I think everyone will be delighted when they hear the final result.”

None of the performers has yet heard how the project turned out. They will hear it for the first time along with the rest of the community when the play is broadcast over WKLF 1000 AM & 95.5 FM in Clanton on Saturday, Dec. 19 at 12 noon. The station is also streamed live on the Internet at wklfradio.com.

“We wanted to do something special for the ‘Christmas Carol’ broadcast, so we came up with the Drive-In Listening Party,” says station co-owner Chris Johnson. “What with COVID and all, we wanted to be able to get everyone together and have a little Christmas cheer, but still be safe.”

Listeners will gather in their cars at Senior Connection, 304 Park Plaza in Clanton, to park together and listen to the broadcast on their car radios. Many of the performers will be on hand to take a bow as the audience responds by honking their horns.

“Who knows? Folks might even decorate their cars to add a little extra Christmas feeling,” says Johnson.

There is no charge to attend the Listening Party. To learn more, visit Central Alabama Performing Arts Guild on Facebook or call 205-907-0008.