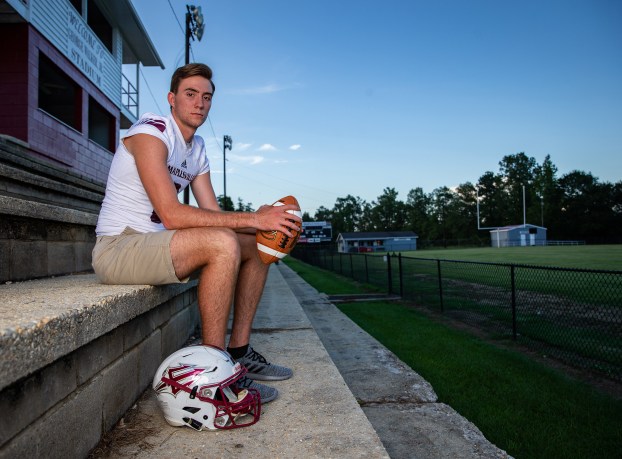 Maplesville’s Jackson Abbott put on a show for the fans on a weekly basis during the 2020 football season.

He was pulling the trigger for a high-powered offense that leaned on his arm to get them down the field despite a balanced approach to the game plan.

The Red Devils threw more than a typical high school team, in large part because they had Abbott at quarterback and the coaching staff trusted him to make the right reads.

One of the major differences Abbott noticed during his senior season was the freedom that the coaches gave him at times to change a play at the line of scrimmage based on what the defense was aligned.

According to Abbott, he just finished playing the best year at quarterback that he had ever played, but he understands it was not just him that helped get the job done.

“You can’t do much without your team,” Abbott said. “They always keep you accountable.”

Of those teammates, fellow seniors Caleb Hobbs and Latrell Wilson proved to be his favorites targets out wide.

“It takes a lot of stress off you, when you drop back and see those guys running down the field,” Abbott said. “They put in a lot of work this offseason and it really paid off.”

Abbott led the county by surpassing 1,000 yards passing on the year. The majority of those yards were connections between him and either Hobbs or Wilson. 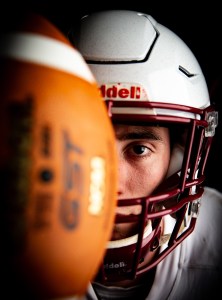 The trio was a nightmare for opposing defenses and was a change of pace from how other offenses throughout the county operated.

One of the things Abbott worked on this year was staying in the pocket longer and progressing through his options.

He is proud that he was able to improve on that and credits his offensive line for giving him the necessary time he needed to stand back and survey the field.

Another thing that Abbott believed helped in his progression this year was his continued role as a two-way player. He started every game at safety for Maplesville.

“Playing defense helps because you can understand what they’re wanting to do as defenders,” Abbott said. “I can tell what a defender is thinking because I play it myself. Quarterbacking is more mental than it is physical.”

Abbott will forever remember his time as a Red Devil, especially the past two seasons with his father as the head coach.

“It was more than I could have dreamed of,” Abbott said. “You could have given me the chance to play at a 7A school, but I would have stayed at Maplesville. It’s just the tradition of it. It’s a big ole family.”