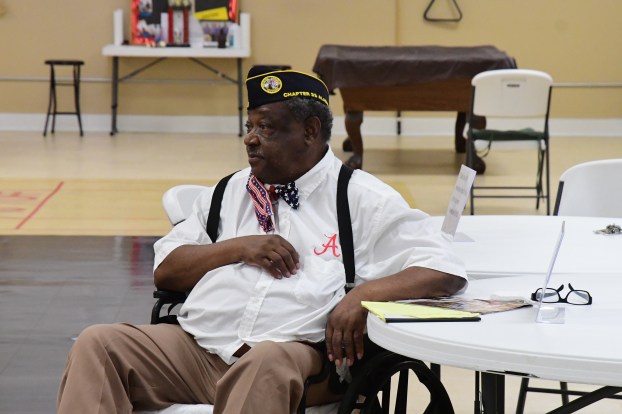 Several local veterans did not let the pandemic or a rainy day stop them from taking part in the 2020 Chilton County Veterans Day program at Senior Connection in Clanton on Nov. 11.

Barbara White, commander of the Disabled American Veterans Chapter 33, helped organize the event and she was glad that they were still able to have their annual ceremony in 2020.

Ocie Williams, a veteran of the United States Army, was the patriotic guest speaker for the occasion. 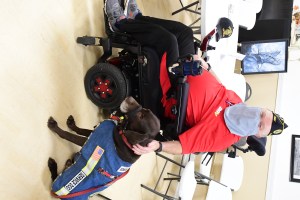 Veterans from all branches of the military were on hand for the program, including Scott Landreth and his service dog Rambo. (Photo by Anthony Richards)

Throughout his speech he referenced some of the differences that have been pointed out and argued about across the country during the past year.

He called for everyone to embrace each other under the common thread of being Americans, and expressed that veterans also share the common bond of having served their country.

“For 245 years, veterans have served this great nation from all walks of life,” Williams said. “As veterans, we can make a difference. From this day forward, I ask that we stand firm, close, and love one another as one.”

Veterans from all branches of the military were recognized during the program.

For the 35th consecutive year, the Chilton County Emergency Assistance Center is holding a food drive for the people of... read more