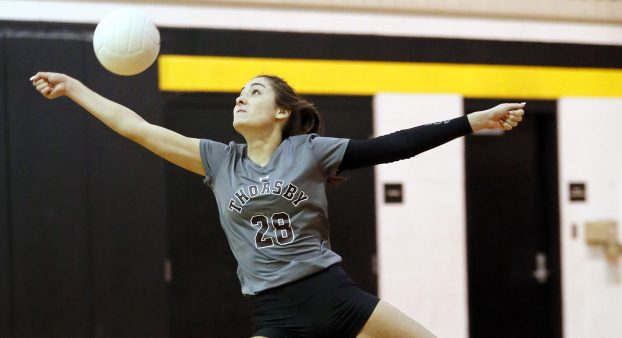 Volleyball is in a constant battle for attention with the giant that is football. (Photo by Brandon Sumrall/Special)

OPINION: Volleyball: a sport without a home

I feel bad for the sport of volleyball, because the girls that play it work so hard and it really is an action-packed game, but it just doesn’t have a proper place of its own on the schedule.

It makes so much sense to play it in the fall, because that is when the gym space is readily available with basketball yet to have gotten started.

However, football is king, especially in the south, and it is really a disservice to any sport to go up against it.

But just like football rules the fall, basketball takes hold in the winter and baseball and softball dominate the spring months.

With all this being said, volleyball is in quite the predicament because they really are the odd team out with essentially no viable space left on the schedule.

I would love for volleyball to have a portion of the schedule that it can call its own, and I believe that would play a huge role in growing the sport and its popularity in the south even further.

Although I realize the tough spot volleyball is in as a whole, I have yet to come up with a better solution. And that is after hours of rattling my brain and tossing around ideas with fellow sports fans at various times over the years.

However, I am sure that the solution is out there, but it is definitely not obvious or else it would have been thought of already.

Then again, the fall may be the best place for it, because if it moves to the spring some girls would miss out on the opportunity to play both volleyball and softball.

If that is the case, it is something that just does not seem fair, but yet that is life and sometimes it is not fair even when we would like it to be.

One thing for sure, is that myself as a journalist, the proud media outlet that I work for, and the passionate fans in the community must all come together to make sure these volleyball players and the sport that they love get their proper due, because they deserve it!

Maplesville dominated from start to finish against Verbena, as the battle of Red Devils turned out to be a 56-16... read more