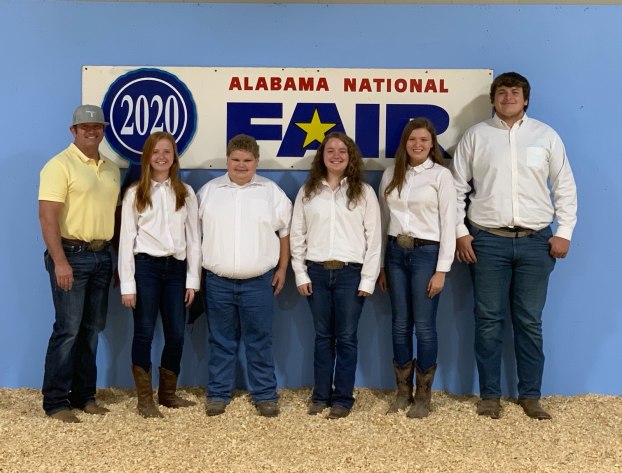 Thorsby FFA’s dairy evaluation team is the latest state champion for the school, after having won the state title in Montgomery on Oct. 13.

With the win, the dairy evaluation team will represent Alabama at the national competition in October 2021.

For Mesha Mims, being on the same team as her twin sister Tori made the moment even more special.

It was the first time the sisters had been on the same team together, and the result could not have been better.

The state competition was held in-person, which was much different than the team’s practice leading up to the event that had been all virtual.

However, Mesha Mims thought that doing the competition in-person was actually very helpful.

“I actually got to see the cows in-person, and it was a lot easier, because you could actually see the depth of each cow,” Mesha Mims said.

Mesha hopes that the situation with the pandemic is cleared up by next October, because she is looking forward to experiencing the trip to Indianapolis and competing on the national stage.

“It was very nerve-racking,” Mesha Mims said. “Even just sitting there waiting to compete, your worried of whether or not you are going to do good. Once you get into it, the pressure goes off, but then it comes right back when they’re calling out who won.”

For Peek, the win has been a long time coming and something he has been working towards since he first joined the Thorsby FFA in seventh grade.

He has been a member on the dairy evaluation team for four years and had not yet won state.

During that time, he has had several different teammates, but through it all he has been the mainstay on the team.

“It was rewarding for me because of all the hard work that I’ve put in over the past several years,” Peek said.

Although the result was different this year, it felt very similar to previous years in terms of the process and actual competition.

“For me, it felt like any other competition, but it did feel a little easier,” Peek said. “I guess that’s what you get from having four years of experience to lean on.”

The studying and preparation that led up to the victory paid off for the dairy evaluation squad, but it was also a lot at times.

“Sometimes I would stay up really late, because I want to be successful at school and FFA,” Tori Mims said. “Mr. (Brian) Lucas is really good at helping us out to where our practices don’t mix with other important school things.”

Tori Mims has been to nationals before and can’t wait to return and create new memories this time around.

“It was just a great experience,” Tori Mims said. “I would love to go as many more times as I can.”

Manna Ministries, a nonprofit organization in Alabaster, is teaming up with Carmeuse Longview in Saginaw to hold a food drive... read more