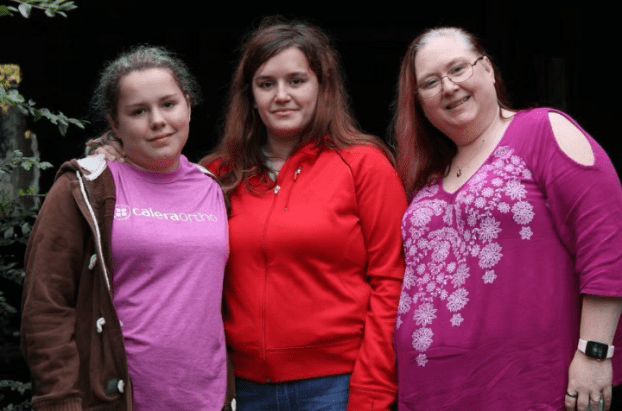 The Central Alabama Paranormal Research Society meets monthly to discuss new research information that has been found and to visit locations. Members are, from left, Baileigh Hyche, Samantha Davis and Kristi Hyche.

Paranormal Group talks to the ‘Other Side’

When she was a child, haunted tales from the University of Montevallo initially sparked Samantha Davis’s intrigue of the paranormal.

“My grandmother worked at Montevallo for 30 years,” Davis said. “Many times when my mother and I were waiting for her to finish work we would hear footsteps in Palmer Hall. We would contact security in the building, and they would never find anyone in the building. People said that Palmer Hall is haunted, and we just came to accept that.”

Davis also witnessed metaphysical occurrences at her Jemison home that her family attributes to being Civil War soldiers passing through. Davis, her mother Kristi and sister Baileigh have witnessed supernatural activity at their home including sounds such as military drums passing through.

At the group’s most recent meeting, they investigated Chilton’s Training School. The training school was established in 1917 and served as Chilton County’s first school for African Americans. Julius Rosenwald, co-owner of Sears, Roebuck and Company, helped fund the construction of the training schools and thousands of other schools for African Americans during the Jim Crow Era. In 1949, the structure burned and a new modern-styled building was constructed. Davis believes that the spirits that are left behind at the school might have been instigated from the burning of the original building and the poltergeists that reside there are angry. She also speculates that the anger might be caused from years of vandalizing that party-goers have left behind.

“In one room someone painted a pentagram,” said Davis. “We have received the most feedback and energy in that space. The spirits are likely angry that people have demolished the space that was well-respected and loved.”

Davis spends three to six months researching the history of a location to find as much information as possible about the site.  Finding credited resources that know about the property can be challenging but are usually found by talking to locals or by finding the owner of the property. The paranormal group then visits the location during the day and then at night to compare different energy levels. They use cameras to document their findings, Electronic Voice Phenomenon (EVP) devices and handheld transceivers to communicate with one another while in different rooms. The group prays for self-protection against evil that may be lurking there.  Once the investigators enter the building, they navigate in one direction without back-tracking, so that the energy flow will remain consistent. During the visit, the group will ask spirits a series of questions including their name, purpose and what happened here.

“It is important that during the questions none of the group members speak,” said Davis. “We do not speak during that time, because when we play back the EVP we need to be able to hear the spirit’s response. Sometimes their voice is very soft and hard to hear. It takes a huge amount of their energy to speak to us.”

The paranormal group’s main purpose is to bring peace to the haunted location and give rest to the spirits that are there. Davis acknowledges that some people are non-believers and discredit the paranormal investigators.

“Not everyone believes the same,” said Davis. “There are many things that happen without an explanation. To those people — I tell them to have an open mind.”

Huge structural damage in Clanton. Looks like the roof collapsed on top of this building behind Neighborhood Grill in downtown.... read more