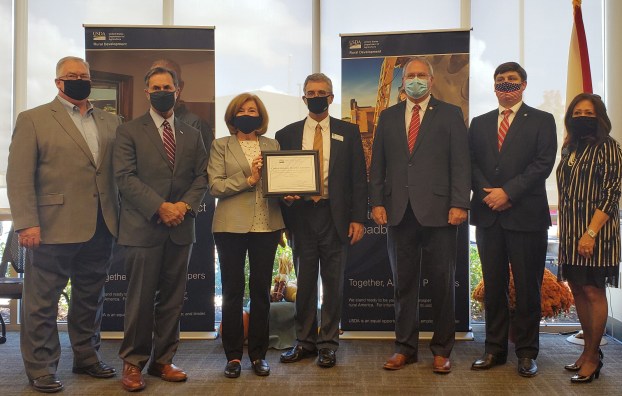 Some of these funds will be used to expand Central Access’s fiber broadband internet network to Chilton County residents.

The funding is part of “$37 million invested by the Trump Administration and the USDA to provide broadband service in unserved and underserved rural areas of Alabama,” according to a Central Access press release.

“The real reason we’re here today is there are 21 million people who still lack high-speed internet, and of those 21 million, 80 percent are in rural areas,” Brand said. “In this day and age, all of America needs this robust, modern infrastructure to thrive. It’s no longer an amenity, it’s an absolute necessity.”

ReConnect grants can be used “for the costs of construction, improvement or acquisition of facilities and equipment needed to provide broadband service in eligible rural areas,” according to Central Access.

The Central Access grant will benefit not only Chilton County but also Bibb, Perry, Autauga, Talladega, Elmore and Coosa counties.

These funds will bring high-speed internet to 13,853 people, 149 farms, 77 businesses and one fire station, according to information from Central Access and the USDA.

“Today truly is a landmark journey to help people change their circumstance with high speed, reliable and affordable broadband service,” said CAEC President and CEO Tom Stackhouse. “This is not the first time that this cooperative, and many others across this country, has been a part of rural development and improving the quality of life — it’s what cooperatives have done and still do. The new normal will include many who will work from home and telemedicine will provide a much better quality of life, but none of this will happen without fast, reliable internet.  And it is closer today than it was yesterday for many in rural Alabama.”

ReConnect grants focus on bringing internet to the unserved and underserved.

“To qualify, the identified grant areas can only have within its borders 10 percent of sufficient access to broadband, defined at the federal level as 10 Mbps (megabits per second) downstream and 1 Mbps upstream, leaving 90 percent with less than this minimum,” according to the press release. “… Construction on the main infrastructure fiber core needed to service the ReConnect Grant areas is expected to begin once environmental clearances are given by Federal agencies.”

Noah and Cole Godwin have always had a brotherly bond when it comes to fishing, and they are quickly becoming... read more