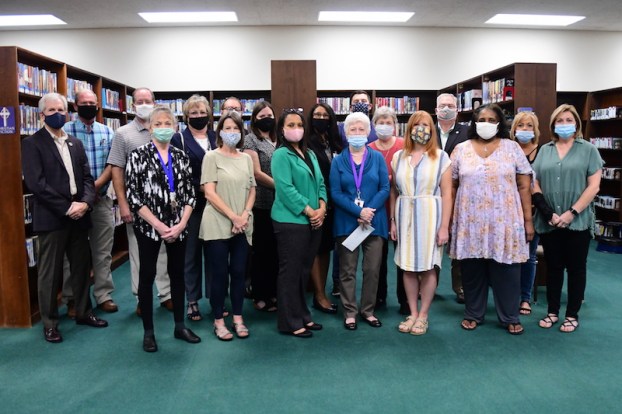 The Chilton/Clanton Public Library celebrated its partnership with the Alabama Supercomputer Authority with a recent visit from their staff, state elected officials and community leaders.

This means the library has one less bill to pay and is getting a faster speed than it was paying for.

The stop was one of several that Supercomputer staff are making to libraries it has partnered with across the state.

He thanked Senator Cam Ward and Rep. Van Smith for their support for making this available.

“They work tirelessly for the education community,” Hill said.

CEO Walter Overby provided those present with an overview of Supercomputer and the services it offers.

Overby said he was proud of the work that he and his staff were able to do.

The Alabama Supercomputer was secured in 1988, and the Authority was founded to help universities by providing high performance computing.

About 25 years ago, the Authority branched out to establish the Alabama Research and Education Network to provide app development and connectivity.

Debra Wallace, who will be the CEO of Alabama Supercomputer next year, said they help organizations apply for e-rate funding from the federal government to help cover the cost of internet access.

Ward said the library staff has a high level of work that they put into serving the community and securing needed funding.

“It is a cooperative effort,” Ward said.

The day held a special nostalgia for Smith, who lives in Billingsley, because he had come to the Clanton library with his children to get books when they were growing up.

He highlighted the work that local government officials do to support the library and education.

Brock also recognized the library’s IT staff that keep the technology running.