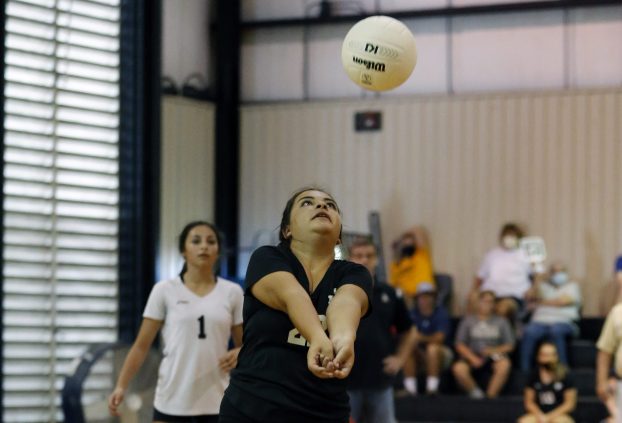 The Isabella Mustangs volleyball team is three wins away from competing in the state volleyball tournament.

Isabella was the only team in the county to advance to the AHSAA super regionals after Maplesville, Thorsby and Billingsley all lost their regional matchups.

Maplesville joined the Mustangs as the only two teams that were able to win their area this season.

Billingsley and Thorsby entered the playoffs as area runner-ups after losing in the championship games to Maplesville and Isabella respectively just days prior to competing in regionals.

The recipe for success that the Mustangs have conjured up over the years worked again to perfection as they swept Clarke County in straight sets, 25-13, 25-13, 25-7.

Mercedes Simon, Alyssa Kiefer and Lexi Higgins combined for 17 of Isabella’s 27 kills in the game, with Simon’s seven leading the way.

Kiefer and Higgins also both had a block.

When it came to serving the ball, Harmony Vasichio and Jaden Cummings each had seven aces, while Kristin Wilson delivered five unreturnable balls from the back line.

Ball movement has always been a key ingredient of Glen Graham’s program, and that remained the case against Clarke County.

Gracie Fjeldstad showcased why she leads the team with 194 assists on the season, as she posted a team-high eight assists in the victory.

Cummings was not far behind her with six assists of her own.

Hosting the regional competition was another step forward for the Maplesville volleyball program under head coach Stacy McGehee.

However, Fruitdale proved to be too much for the Red Devils, and they fell in three straight sets as a result.

Charity Nix, Alexis Bradley, Laci Cook and Hannah Hollis all produced big-time performances for Maplesville in the area tournament, but the goal of a state tournament appearance is something that will have to wait another year.

Thorsby won a set on the road against Leroy during the 3-1 defeat, while Billingsley traveled to Bayshore Christian and was swept.

Even though it was just one set win, it is something the Rebels can look to build upon heading into next season.

The Mustangs will face fellow area winner Horseshoe Bend in the opening round of the super regionals at Garrett Coliseum in Montgomery.

The match will be played at 11:30 a.m. on court No. 3. If Isabella advances, they will play the winner of the Ranburne vs. Ariton contest.

It has been weeks since Thorsby has played a football game, but that all changes Oct. 16 when the Rebels... read more