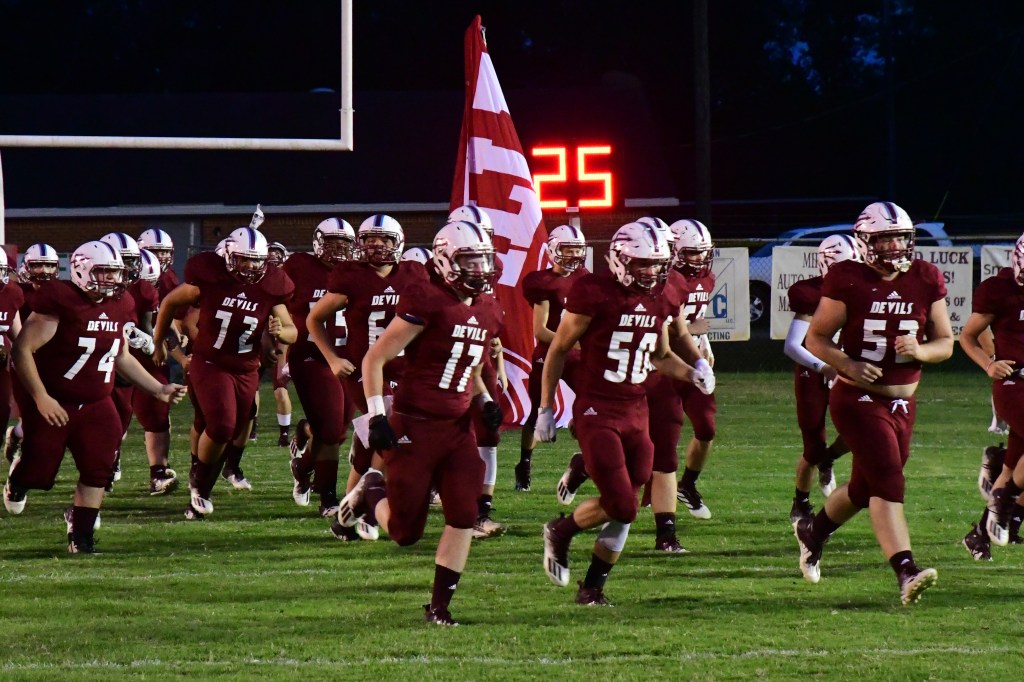 Maplesville dominated from start to finish against Verbena, as the battle of Red Devils turned out to be a 56-16 commanding victory for Maplesville on Oct. 16.

It did not take long for MHS (7-1, 5-0) to capture control of the game with three quick first quarter scores, two of which were touchdown passes from Jackson Abbott to Steven Gray and Johnathan Wilson of two and six yards respectively.

Brady Harrison punched in the other first quarter touchdown from a yard out.

Abbott’s big game continued as he threw a 16-yard scoring strike to Latrell Wilson, his third passing touchdown of the game, and ran 15 yards for another touchdown.

Maplesville went up 42-0 at the halftime break following a 14-yard touchdown jaunt by Harrison with 27 seconds left in the second quarter.

Harrison only carried the ball four times for 64 yards, but two of those wound up in the end zone.

D.J. Jackson was the primary offensive producer for Verbena (3-5, 1-4) and scored both of their touchdowns in the second half, including starting the second half with a bang by taking the opening kickoff 72 yards to the house.

Jared Quinn ran in the two-point conversion attempt, and Verbena was on the scoreboard trailing 42-8.

Jakavian Jackson and Coleman Gill both ran for touchdowns as Maplesville extended its lead to 56-8.

However, Verbena did not quit, and D.J. Jackson busted loose for a 65-yard touchdown run late in the contest.

Abbott completed 10 of 13 passes for 156 yards and three touchdowns.

Jakavian Jackson led Maplesville with 70 rushing yards on six carries to go with the touchdown.