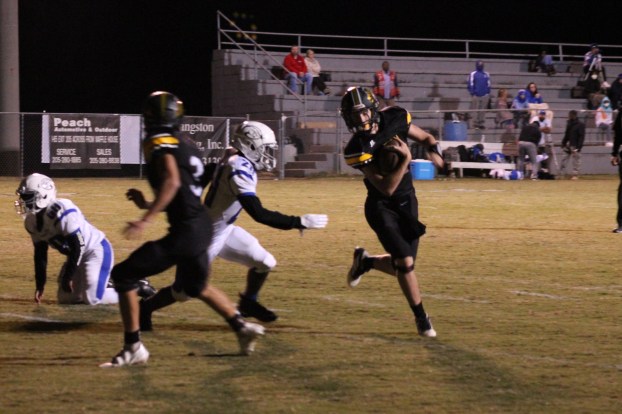 Isabella ran for 470 yards in the win against Central-Coosa on Oct. 16. (Photo by Kristin Wilson/Special)

The comfortable homecoming victory for the Mustangs was won on the ground with 13 different ball carriers gaining a yard on the night.

With such success from the rushing attack, the Mustangs only threw one pass in the contest, which went for 31 yards from Jake Logan, to one of his favorite targets, Austin Jones.

Other than that, all the damage was done on the ground with 470 rushing yards.

Defensively, Isabella was just as dominant as they were at pounding the rock. 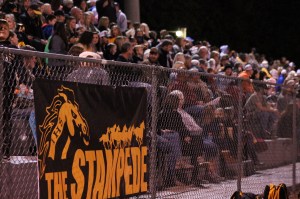 The Isabella faithful saw a shutout performance for homecoming. (Photo by Kristin Wilson/Special)

The Mustangs played several reserves and were able to preserve the shutout throughout it all.

Jones picked off a pair of passes, while Raymond Boston jumped in front of another.

Falcon Fowler was consistently around the ball and pounced on two fumbles in the game, while Bostin and Brayan Dominguez also created a sudden change in possession by recovering fumbles.

Up front the pressure was constant as Isabella had six sacks on the night, three of which came from senior lineman Anthony Fjeldstad.

Next up for Isabella is a road game against Luverne. It will serve as the essential region championship game with the regular season title going to the winner.

It has been weeks since Thorsby has played a football game, but that all changes Oct. 16 when the Rebels... read more