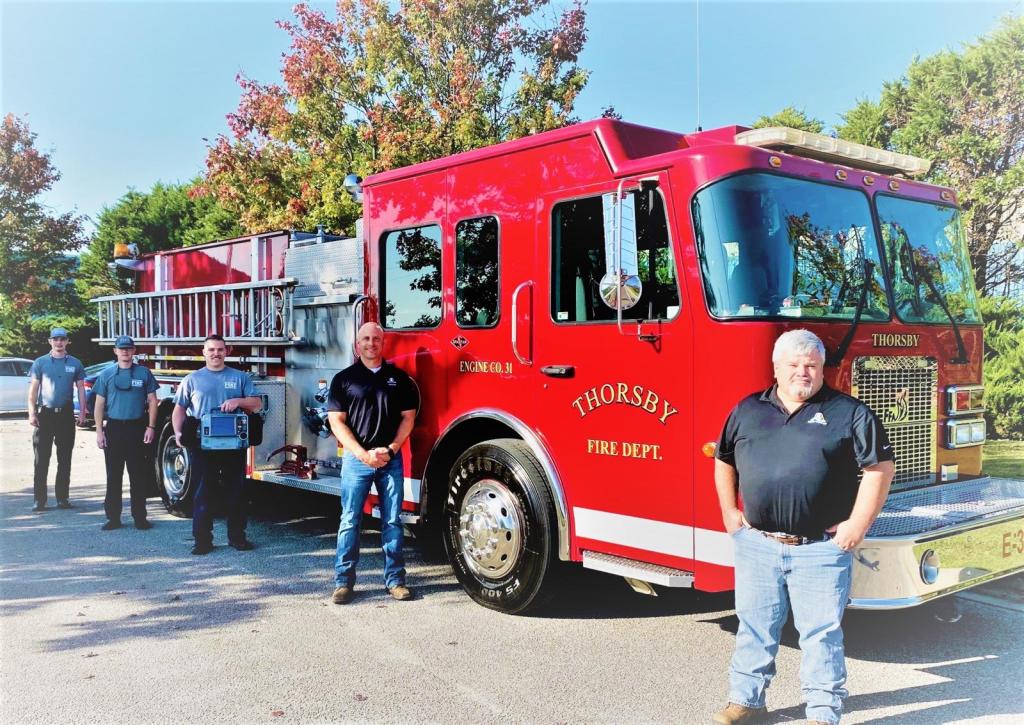 Thorsby Fire Department can now save lives more effectively thanks to Boise Cascade donating a new cardiac monitor to the department.

The donation comes just in time because the monitors the department has are obsolete after years of usage.

“You can’t get parts for them, and no one services them anymore,” Parker said.

A cardiac monitor helps in the event of a person going into cardiac arrest and in the process of diagnosing heart attacks by reading and interrupting cardiac rhythms.

The machine is a Lifepak 15 and can also deliver shock and monitor a patient’s vital signs.

“It is the most useful piece of life saving technology we have,” Parker said. “It is truly the difference in life and death.”

Because of its importance, TFD understood that they could not operate for long with the obsolete equipment and were looking into options of purchasing a new machine.

“I explained to them (Boise Cascade) our need,” Parker said. “With a small budget like we have, it’s hard to make capital expenditures like that.”

Parker thanked Boise Cascade for the generous donation, because now it means that the department will not be forced to make cuts to its budget or its staff.

“You never want to reduce a public service, and it could have gotten to that point,” Parker said.