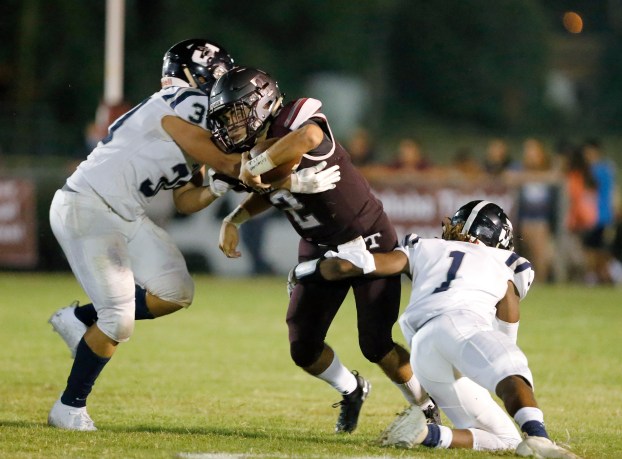 It has been weeks since Thorsby has played a football game, but that all changes Oct. 16 when the Rebels host the Luverne Tigers.

Thorsby has only played one game in the past four weeks, and the drought since its last home game has been even longer.

The Rebels last played in front of their home fans on Sept. 4 in a scrimmage against Verbena.

Two would be home games against Calhoun and Francis Marion in recent weeks were cancelled due to those opponents forfeiting.

With all that being said, both the players and fans of Thorsby will likely be happy to be able to throw around the pigskin in live action once again.

The game may come down to which team handles the long layoff the best, because Luverne is in a similar position to Thorsby and has not played a meaningful affair for three weeks.

Traditionally, Luverne has been a powerful program, having won double digit games in each of the past three seasons.

Due to both teams only having played four games, not including scrimmages, it is difficult to get a reading on what to expect from the matchup.

In those games, the Rebels have averaged 19 points per game on offense and allowed 26 per contest on defense.

When the offense has clicked this season senior quarterback Brody Barnett has been effective and quick in his decisions with the ball.

In recent games, A.J. Smith has become more of a factor not just running the ball but also as a receiver.

If Smith can continue to provide the Rebels with this versatile production, the Thorsby offense presents opposing defenses with another threat that was not being utilized to that degree in the early part of the season.

Look for other opportunities to be created for the other offensive playmakers as Smith draws more of the focus.