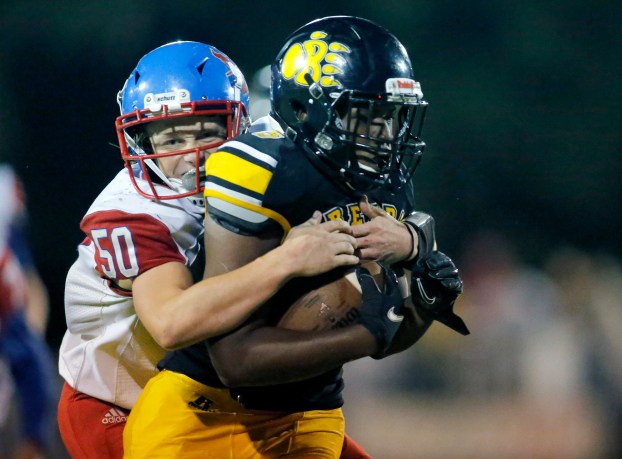 A week’s worth of homecoming festivities came to a close on Friday night with a homecoming crown for 2020 queen Ashlon Harrison and big regional win for the Billingsley Bears, 25-0 over the Verbena Red Devils.

Both teams would struggle to find much offense during the early minutes of the first quarter as three and out would be the theme on a couple of possessions for both squads. It would be the Bears third possession of the night that would see the home team finally get the ball moving.

Billingsley quarterback Levi Arrington would connect on passes of eleven, eighteen, and twelve on the way to a 66-yard scoring drive that would end on a two-yard touchdown run by Jontavies Todd to put the Bears on the board first making it a 6-0 Billingsley lead late in the first quarter.

A pair of scoreless possessions by both teams would proceed another score by the Bears, but this time it would be the Billingsley defense that would put points on the board. With Verbena facing a third and two at their own 28-yard line, a pass attempt from quarterback DJ Jackson would be picked off by Billingsley’s Cameron Cook and returned twenty-eight yards for a Bears touchdown that would send the Bears to the Halftime break with a 13-0 lead.

The Bears would keep things going with their opening drive of the second half as Arrington would again find the end zone on a three-yard touchdown run that would push Billingsley out in front 19-0. 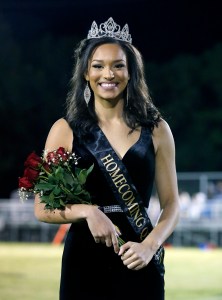 The Red Devils would use their ensuing possession to mount their best drive of the night as Nathanial Morris would find a pair of big pass connections with Cody Barber for 36 and 24 yards to move the Red Devils down inside the red zone. However, four plays later and the Verbena drive would stall out on a fourth and goal at the Billingsley 4-yard line and would turn the ball over to Billingsley.

A pair of punts from both teams would see the Bears set up for their final scoring possession of the night at the Verbena 33-yard line where Randriquis McCary would break loose for a 27-yard scamper that would set the Bears up first and ten at the Verbena seven. Two plays later and McCary would find pay dirt on a two-yard touchdown run that would bring the game to its final score of 25-0 in favor of the Bears.

McCary led the Billingsley ground game with 117 yards on 10 carries with a touchdown while Arington added 66 yards with a score.

While McCary and Arrington were racking up the yards on offense, the Bears defense was stifling any Verbena offense by allowing just over 60 yards of total offense for the Red Devils.