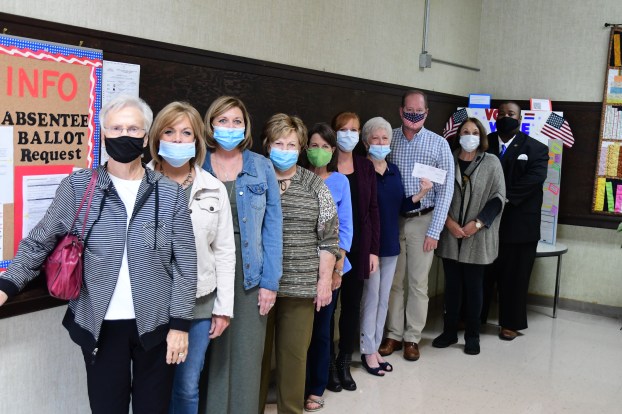 The Chilton/Clanton Public Library received a $3,000 grant from Sen. Cam Ward during a presentation on Sept. 29.

According to Interim Director Darlene Brock, the goal of the grant is to be used to improve the services offered to students and adapt them to meet the everchanging requirements due to the COVID-19 pandemic.

“Libraries are the cornerstone of any community,” Ward said. “COVID-19 has really put some restrictions and burdens on them, so in any way that they can use this money to deal with those restrictions and the new norm, then I’m glad to present them with this money.”

Although the money is not yet designated for specific projects, Brock assured that the grant money will be used for something both educational and fun for students.

“We were thinking about getting some more Chromebooks, but we’ve had another source that has given us the money for that,” Brock said. “Now, we’re looking at all the new changes we have in our life, and the library has had to change along with it.”

According to Brock, libraries are even more vital now because of the restrictions people have had on their lives.

Starting Oct. 1, the library began putting packets together for preschool students. Included in the packets will be a challenge to read and a coloring contest.

“It’s something they can come in and get and take home with them, but be able to get the resources that they need,” Brock said. “They will feel more a part of the library and have something to look forward to when they come in here.”

Ward reminisced about the importance the library played as a youth and still remembers the joy of receiving his first library card.

“It was a big deal when I was a little kid,” Ward said. “We would walk up to the library, and that was where I read some of my first books outside of school.”

Ward acknowledged that the library has changed over the years and is much more than just about books.

“People come here to get online and do job applications,” Ward said. “It’s the synergy of the community. It’s really about people more so than even the books.”

Player of the Week A.J. Smith, Thorsby Hauled in six passes for 210 yards and a touchdown Ran for 86... read more