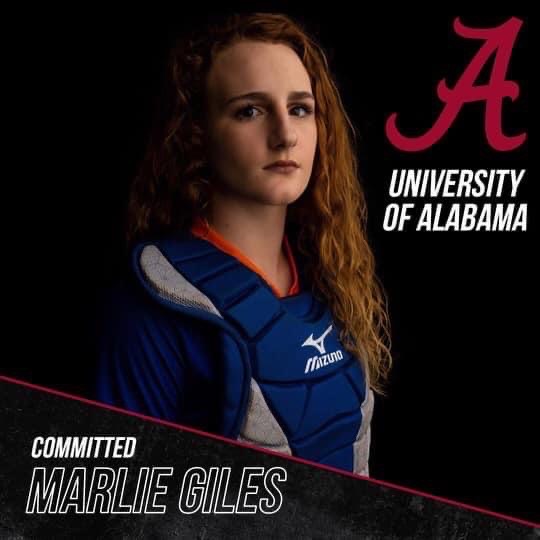 Marlie Giles of CCHS verbally committed to play softball at the University of Alabama. (Contributed photo)

Many people dream of playing for the team they grew up rooting for as a child, but for Marlie Giles that dream will now one day become a reality.

She took a large step closer to realizing her lifelong ambition after the Chilton County High School junior verbally committed to play softball at the University of Alabama.

According to Giles, she remembers going to Alabama football and softball games as a child.

“We always just loved the atmosphere there,” Giles said.

Soon Giles will be on the field with the opportunity to make the plays that gets the fans on their feet and helps create such an atmosphere.

Giles has been playing travel softball for years as well as with CCHS and has put a lot of effort and hard work to get to this point. 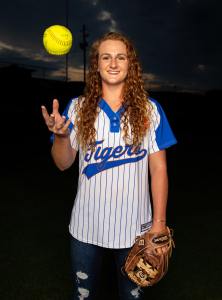 Giles is a junior at CCHS. (Contributed photo)

“My goal since I was little was to play college softball, but I really had no idea where God wanted me to be,” Giles said.

Some of her other offers included Troy, South Alabama, UAB, Florida International and Jacksonville State.

The NCAA has a rule stating that Division 1 college coaches cannot contact a player until Sept. 1 of their junior year of high school.

“Basically, since eighth grade, I was looking forward to Sept. 1,” Giles said. “I was staying awake to see if anyone would call or text me, and I was overwhelmed.”

Alabama was one of the first schools to contact Giles when she received a call from Crimson Tide associate head coach Alyson Habetz at 1 a.m. on Sept. 1.

“I stayed on the phone with her for about 45 minutes,” Giles said. “It just seemed natural.”

It did not take Giles long to know that Alabama was the place for her.

“I did not make any on the spot decisions,” Giles said. “They were all really thought about and prayed about. It was a decision between me and my family.”

According to Giles, the Alabama coaches have expressed interest in her playing either catcher or in the outfield.

“Honestly, I just want to be wherever they need me to be,” Giles said. 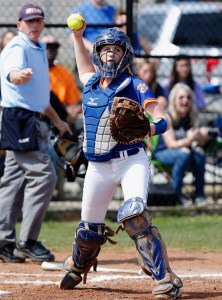 Giles primarily plays catcher or in the outfield. (Contributed photo)

The ability to play multiple positions is something she has showcased during her career at CCHS.

She still has two more seasons of high school ball to play, which Giles believes is an advantage of getting the college decision out of the way early so that now she can just focus and enjoy the remainder of her time as a high schooler.

“Once I decided to commit, it was definitely a burden off my back,” Giles said.

Since Giles made the announcement via Twitter on Sept. 17, she has received endless support and congratulations from her fellow teammates and the CCHS community.

Part of Giles’s routine includes going up to Irondale twice a week to practice with her travel fastpitch softball team, the Birmingham Thunderbolts 04 coached by Jay Roberson.

“That really helps, because whenever we go up there, you get defensive work that you can’t get if you just go to the field and hit ground balls,” Giles said.

Even though playing at the college level is still about a couple of years away, she is still anxious for the experience that awaits.

“I’m looking forward to being in the atmosphere of having so many good players around me to where I have to prove my spot, because I’m a really competitive person,” Giles said. “I’m ready to be on the field with fans all around me. I get chill bumps just talking about it.”

It had been seven years since Maplesville and Jemison met on the football field and the two teams did not... read more