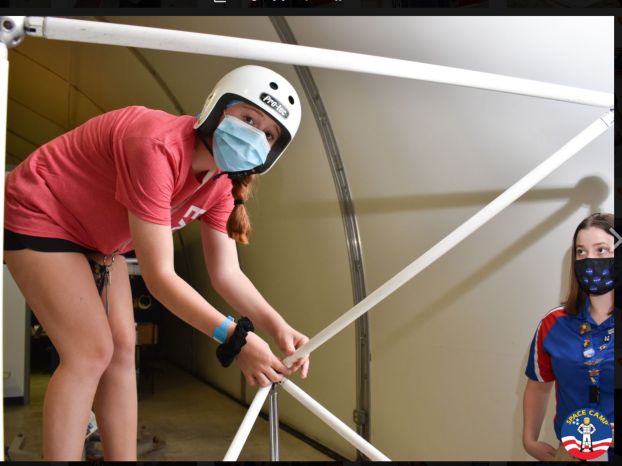 For Samantha Turner, this summer has been a little different with many of the camps and events she would go to being cancelled due to the pandemic.

However, her summer was saved by the memorable experience she recently had at Space Camp.

The weeklong camp was held at the NASA facilities in Huntsville, where she was one of about 50 students that took part.

For Turner, attending the camp had a very meaningful purpose.

“My granddaddy had always wanted me to go to this camp, and he passed away late last year,” Turner said. “I knew it would have made my granddaddy happy.”

The family connections do not stop there, as Turner’s uncle is a teacher at Vestavia High School and was chosen to go a couple of years ago as a teacher.

NASA officials released in late July that the program had run into tough financial times and began a campaign to “Save Space Camp” by asking for donations. 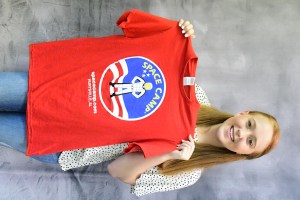 “I did all the research and found out that it was very safe (against COVID-19) the way they did it,” said Laura Turner, Samantha’s mom.

One of the unique things for Turner was her opportunity to meet new people from various states at the camp.

During camp, Turner met a brother and sister from Indiana along with others from South Carolina, Georgia, Florida and California.

“There were people from all over,” Samantha Turner said.

Although Turner had heard all about it from her uncle, she was still pleasantly surprised once she got there and starting participating in the daily activities.

Her favorite parts of the entire experience were several of the simulators, including one that demonstrated what it is like to walk on the moon.

“It was different activities each day,” Turner said.

Since going through space camp, Turner has a higher appreciation for what astronauts have to go through not only to travel to space, but also the rigorous training they undergo in preparation.

“Space and aerospace is always something that has interested me, but I don’t know if it’s something I would want to do in the future,” Turner said. “I would definitely go back.”

Although she intends to one day have a career in the medical field, she said it is important to keep options open and see what all is available in the world.

“We really want to promote that anybody from Chilton County can go,” Laura Turner said. “There are even scholarships that can be applied for. We have something so amazing here in our state that we can take advantage of.”

CCS to offer free meals for all students

By JOYANNA LOVE/ Managing Editor Chilton County Schools will be offering free meals to students as part of a USDA... read more