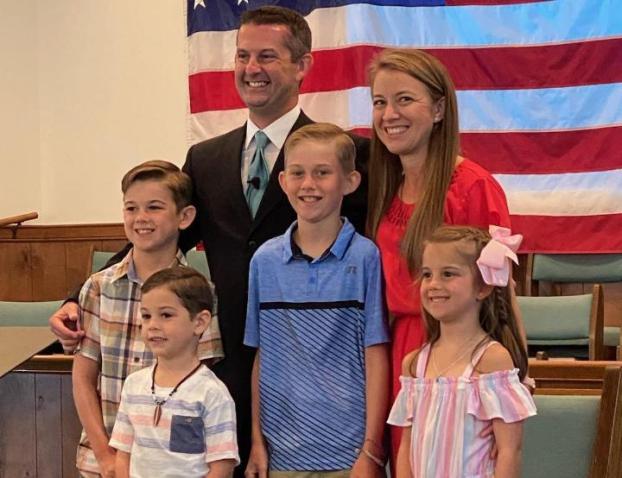 Jared Hood has been named lead pastor of Highland Baptist Church in Clanton.

“Ministering in the community where my family and I live just sounded like an incredible opportunity,” Hood said.

Hood has been the senior pastor of Thomas Mill Baptist Church in Brierfield for almost three years. Prior to that, he was the youth pastor for four years at Jemison First Baptist.

He said he was excited about doing ministry close to home.

“The church is like 10 minutes from our house,” Hood said. “It will be an opportunity to easily have people into our home, once all of the COVID-19 stuff is over with.”

Hood has worked in Chilton County as a full-time counselor since 2006.

Hood’s first Sunday at Highland will be Sept. 13.

“I think that one of the things that every church should be excited about is reaching out to the community and meeting people where they are,” Hood said. “Maybe because of what we are seeing going on around us, I think what we are seeing is a time when people are more interested about hearing about Christ.”

He said the pandemic and unrest throughout the country has many contemplating if there is more to life and “search for answers.”

“I think the incredible thing about that is, as a believer and especially as a pastor, our hope doesn’t rest in the circumstances that are going on around us, whether it is sickness going on or whether it be unrest,” Hood said. “Our hope is in a relationship with Christ and eternity with Him.”

Hood said he knew Highland’s previous pastor Robert Griffin, who recently retired, and had taken some classes with him.

“Just an incredible teacher,” Hood said. “I took a couple of classes with him that actually I enjoyed so much that I went back to pursue a masters of theological studies. I just have incredible respect for Bro. Robert.”

He had heard that Griffin was retiring but did not consider the position until a colleague suggested that he consider it.

Hood said he and his wife thought and prayed about it and felt like it was something they should do.

“We are excited to be in the community, excited to see what Highland Baptist Church can do to really see lives changed through Jesus Christ,” Hood said.

While finishing his undergraduate degree in psychology, Hood accepted his first ministry position as a youth pastor in West Alabama near where he had grown up.

“I’ve continued to ministry, and I feel like that is a call that God has placed on my life ever since,” Hood said.

Hood came to the University of Montevallo for graduate school.

The anticipation continues to build surrounding Jemison Intermediate School’s outdoor classroom, and for good reason. “It has been slow getting... read more