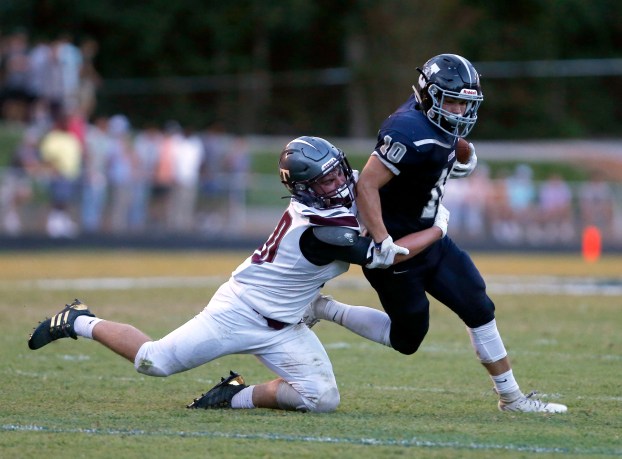 Thorsby will host Jemison as the North Chilton Clash will play for a third-straight season. (File photo)

Marquee football matchups to choose from in 2020

When the football schedule is released for the year there are always games that are circled immediately by fans, players and coaches.

This year is no different even with the questions people have surrounding the 2020 season and how the pandemic may affect things.

Below are five games that are most watch affairs heading into the 2020 campaign:

This has been among the hottest rivalries in Chilton County in recent years, and that heat cranked up even higher following Isabella’s victory last season.

Now that Isabella has gotten over that hump and proven that they can not only hang with Maplesville toe-to-toe, but can also beat them.

It was an emotional win for the Mustangs and has added another level of intensity to an already highly-anticipated matchup.

How both teams respond this season, Maplesville to the adversity and Isabella to the success, will be major storylines heading into the season and the game.

Both teams will meet earlier in the season after reclassification moved IHS up to Class 2A and out of the same region as the Red Devils.

The game had been held in early October each of the past team seasons.

The North Chilton Clash will take place for a third straight year and will once again be the season opener for Jemison and Thorsby.

The teams have split the series the past two years with the Rebels winning in 2018 and the Panthers triumphant in 2019.

In many ways, this game will serve as the rubber match in the latest installment of the rivalry.

Jemison is still trying to sort out several questions about their team, including the quarterback situation.

Thorsby on the other hand will be led by senior Brody Barnett, which gives the Rebels hope that they can repeat the success they had against Jemison two years ago.

However, if JHS is able to figure things out quickly, the game has the makings of a barn burner. 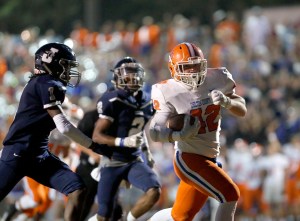 The rivalry between Jemison and Chilton County is a highly-anticipated game every year. (File photo)

This rivalry pits the county’s two largest schools against each other and is one of the most passionate around.

This year’s contest is expected to be very equal as both teams will be trying to still figure out themselves when they meet in week two.

It is one of those games where you can throw out the records and prepare for a tightly-contested matchup on a yearly basis.

The teams are in separate regions after spending the last two years in the same region, which means this year’s contest will be solely for bragging rights.

The Panthers had their sights set on a victory in last year’s game, but the Tigers took control late and stamped another win over their rival.

One thing for sure is that the atmosphere will be top notch.

This will serve as the non-region game in the middle of the season and should be an interesting contest between teams with serious playoff hopes.

By Sept. 25, both teams will have a much better understanding of who they are as a team and how the season is shaping up.

How either one fares in this game could dictate how they perform in the second half of the season.

The winner of this game will have momentum that they will look to carry down the stretch and could possibly use it as a springboard to get on a roll and cement their spot in the postseason.

The teams meet in an intriguing in-county matchup that is definitely a game people who are not fans of either team will want to catch a glimpse of.

Because the game is scheduled to be played on a Thursday, the potential exists for a large crowd and a raucous environment.

Unlike other rivalries in the county, this one is not a common one anymore in large part due to the fact that Jemison is in Class 5A and Maplesville is in Class 1A.

However, regardless of how the matchup came to fruition for this year, football fans in the county are happy that it is on the schedule.

It provides another opportunity to see county teams square off against each other, which is never a bad thing.

The CAWACO RC&D Council has presented its share of grants throughout the central Alabama region over the years, including one... read more