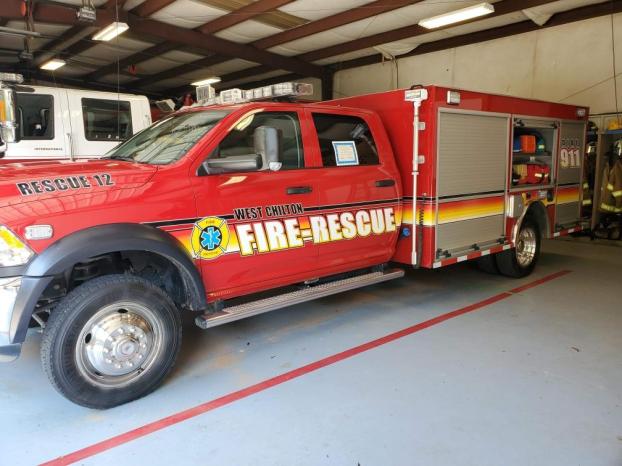 The license extends the amount of medication that the department’s rescue unit is allowed to carry and administer.

“We’re extremely proud of this,” EMS Chief Christy Holcombe said. “We’re one of a few departments in the county that are certified.”

According to Holcombe, the municipalities have all completed the certification, but it is not common in the rural areas of the county. 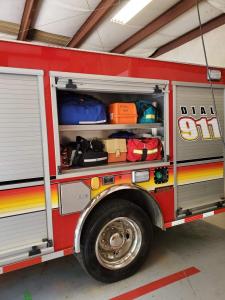 The West Chilton Fire Department will be able to offer the same services as an ambulance except for the ability to transport. (Contributed photo)

The license will allow the department to be more equipped to treat a wider range of medical issues when they arrive on a scene.

“We can do exactly what an ambulance can do except for transport,” Holcombe said.

However, WCFD medical personnel will have the tools to stabilize the situation and provide needed assistance while an ambulance is in route.

“It’s all about building up our ability to help in our community,” Holcombe said.

The process to be approved for the license took about six months.

According to Holcombe, the WCFD has basic, intermediate and advanced EMTs and paramedics on staff.

“They are ready and fully prepared,” Holcombe said.