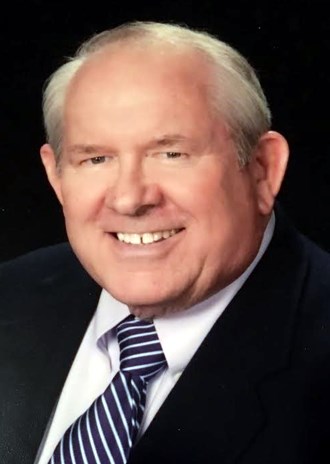 Floyd Gerald Atcheson, 80, of Cropwell, Alabama, moved his residence to his new home in the Glory of the Lord on July 20, 2020. A private family graveside service was held on Saturday, July 25, at Oakwood Memorial Gardens in Gardendale, with a celebration of Gerald’s life to be held at a later date. Ridout’s Gardendale Chapel Funeral Home directing.

A native of Clanton, Alabama, Gerald was a 1959 graduate of Chilton County High School and was an outstanding lineman for the 1957 football team that posted a 9-1 record. He spent his working life in Birmingham, first with the Dewberry Engraving Company and 38 years with U.S. Pipe and Steel and Sloss Industries.

A man of strong faith, he exemplified the fruits of the Spirit; Love, joy, peace, patience, kindness, goodness, gentleness, faithfulness and self-control. He was a servant to his family and many friends. His heart was as big as the sky. He was a member of First Baptist Church, Center Point for 55 years, and at Mt. Pisgah Baptist Church in Cropwell for the past two years. At Center Point, he drove the church bus, served as a deacon for many years and dearly loved singing in the choir as a bass soloist. Southern Gospel Music was a passionate blessing to Gerald’s life, as well as the Alabama Crimson Tide. He was especially proud of his classic 1972 Volkswagen beetle, which he restored.

He passed away after several years of serious health issues, and he died at home on Logan Martin Lake under the loving care of his sons, David and Mike.