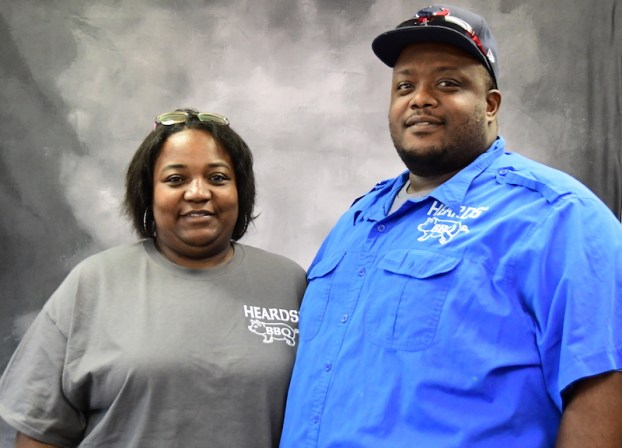 Heard's BBQ and Soul Food, owned by Shakira and Roman Heard, is in the running as a finalist for Bama's Best Pulled Pork. (JOYANNA LOVE/ ADVERTISER)

Heard’s BBQ and Soul Food in Maplesville is in the final four in the Alabama Farmers Federation’s search for Bama’s Best Pulled Pork.

Judges will come to Maplesville on July 15 to taste the eatery’s food and formulate opinions before naming a winner.

This is the second pork contest sponsored by the Alabama Pork Producers, a division of Alabama Farmers Federation in which Heard’s has been a finalist.

“It validates the hard work that we put in to everything that we do,” co-owner Roman Heard said. “Great is not even a strong enough word to (use) about how we feel.”

The four finalists were determined by voting on social media. Heard said they promote the contest on their page, asking everyone to vote for their favorite, whichever restaurant it may be.

“We are really blessed with the customers that we have in the community where we live,” Heard said. “They have really taken us in. We try to treat our customers like family and in turn they do the same for us.”

The pulled pork is one of the menu items that has been on the menu every day since the first day he opened.

He said seeing people love his food and support the restaurant the way they have has been a blessing.

Limited equipment at first meant Heard could only cook two Boston butts at one time on a typical backyard grill. However, demand and equipment have grown to the point that Heard did 30 Boston butts for the Fourth of July to have enough.

Pork for pulled pork at Heard’s is cooked on a combination of charcoal and wood, then served with signature barbecue sauce created by co-owner Shakira Heard, Roman’s wife.

“Everything I do, I try to keep a backyard flavor to it,” Roman Heard said.

He said his wife’s sauce has kind of taken on a life of its own.

By JOYANNA LOVE/Managing Editor The Maplesville Town Council opened bids for a repaving project for Shepard Hill Road during its... read more