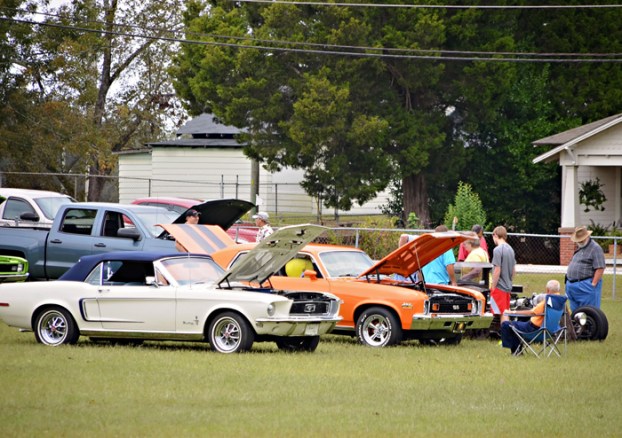 The Chilton County Cruisers will be holding events downtown on the second Saturday of each month. (FILE)

The Chilton County Cruisers will be hosting events downtown after receiving approval from the Clanton City Council on June 22.

During the meeting, the Council unanimously approved closing a portion of Sixth Street in front of Corner Park downtown and a portion of Second Avenue from Corner Park to BB&T on the second Saturday of each month at 6-8 p.m.

Chilton County Cruisers has hosted classic car shows in connection with the Peach Festival and before that hosted downtown events similar to what will be held this summer.

Mayor Billy Joe Driver mentioned that organizers are looking into having a food vendor at the event, but the details had not been finalized.

Voting for the position of mayor and each of the five City County district seats will be held on Aug. 25 from 7 a.m. to 7 p.m. Residents must have lived within the city limits for 30 days and be registered to vote in order to participate. Candidates can qualify for the election between July 7 and July 21 at 5 p.m. If a runoff is needed, it will be held on Oct. 6.