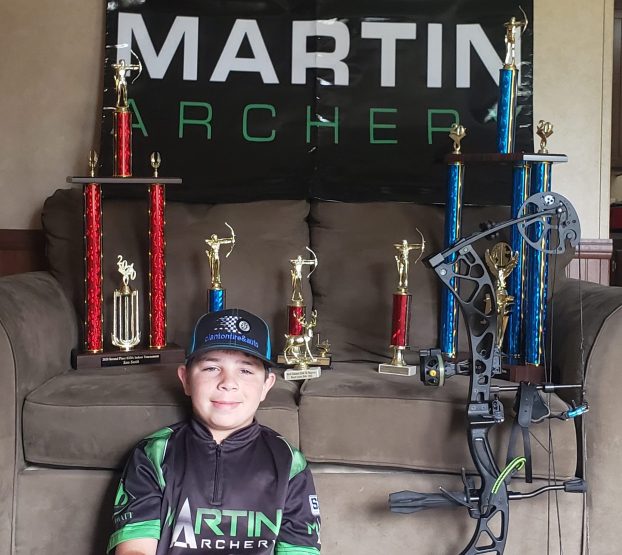 Sam Smith of Maplesville is beginning to rack up the trophies as an archer. (Contributed photo)

Sam Smith, 10, of Maplesville has been on target of late, literally.

Smith finished first place in his age group at the S3DA Outdoor Championship and is now qualified to take part in the association’s national competition in July.

The national event will be held in London, Kentucky.

He has become used to competing, having taken part in several shoots throughout the state as a member of the Bowhunters of Alabama and the Archery Shooters Association Federation.

In addition to Smith’s recent success outside, he is also scheduled to compete in the Buckmasters Indoor World event in Montgomery in August.

According to Vickie Smith, Sam’s mother, his interest for archery really sprouted after joining 4H.

It was in that club where he learned about the competitive side of the sport.

“He loves the outdoor activities such as hunting, fishing and creating things found outside,” Vickie Smith said.

Sam’s passion for the outdoors has made archery a perfect fit for him and his family.

This time next year, Isabella senior offensive tackle will be preparing to play college ball, after announcing his commitment to... read more