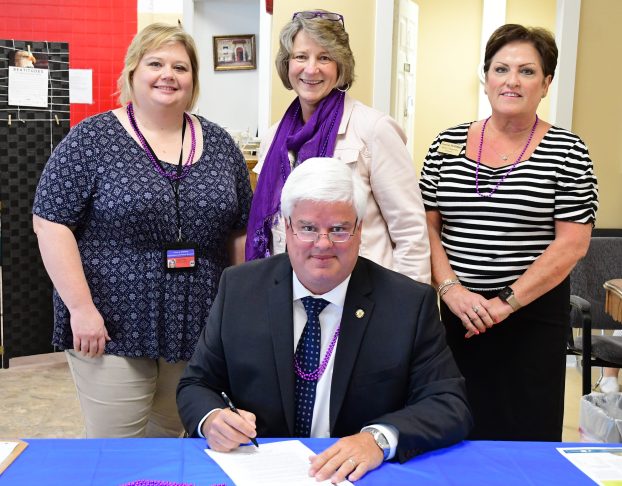 Calhoun partnered with the Chilton County Department of Human Resources to make the event happen.

“It’s a topic no one really wants to think about,” DHR Director Marilyn Colson said.

According to Colson, many of the reports DHR receives are due to elderly residents outliving their support system or having children that have moved away and are unable to provide daily assistance if needed.

She pointed out that abuse is often thought of as just physical, but it can come in many forms including mental.

“Fortunately, we don’t see as much of that [physical abuse],” Colson said.

According to Calhoun, more common in Chilton County are instances of elderly people being taken advantage of financially.

Often times, it is family members who are the ones taking advantage of their elderly loved ones. 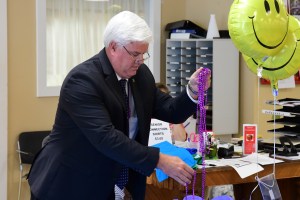 By signing the proclamation, Chilton County followed suit with a majority of the world by recognizing June 15 as Elder Abuse Awareness Day.

Not only was June 15 a day to remember the victims of adult abuse and their families but also focus on the promotion of programs and organizations in efforts to improve the safety and well-being for the people of Chilton County.

“Because the elderly don’t always receive the care and attention that they need, they are primary targets for abuse, neglect and exploitation,” Colson said.

Purple is the official color for elder abuse awareness. Because of this, purple beads were offered to those in attendance.

Chalane Mims attended the event and was introduced by Colson as DHR’s new adult services worker.

DHR investigated 11,000 adult protective service reports statewide during the 2019 fiscal year. Of those, 150 were assessed in Chilton County.

The National Center on Elder Abuse estimates that for every case of elder maltreatment reported to authorities, about five go unreported.

“Please help us protect our vulnerable elderly citizens who have contributed so much to our community,” Colson said.

All reports are confidential and can be made anonymously.