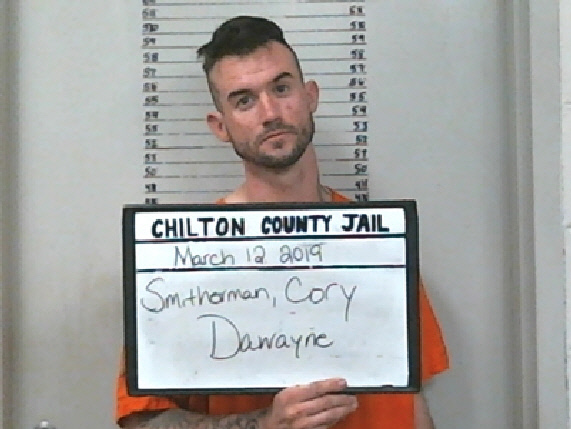 Cory DaWayne Smitherman of Maplesville has been arrested and charged with the murder of Jessica Parks, 34, of Lincoln.

On May 27, Clanton Police Department responded to the Days Inn at Exit 205 on Interstate 65 for a possible overdose.

According to information from Capt. David Clackley, Parks “was deceased in one of the rooms.”

“An investigation was began into the cause of death,” Clackley said. “As a result of the investigation, 33 year old Cory DaWayne Smitherman, (Maplesville, Alabama), was arrested and charged with murder. The investigation is ongoing, but it appears the result of a domestic incident.”