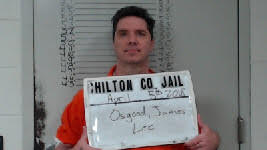 The Alabama Court of Criminal Appeals affirmed the conviction and death sentence for James Osgood the first week of June.

Osgood had been sentenced to death in 2014 and again in 2018 (after a new sentencing was required) for the 2010 rape, torture and murder of Tracy Brown.

In a 2018 interview, Chief Deputy District Attorney C.J. Robinson said the new sentencing requirement was because of “very minor use of words” during the initial sentencing.

Although Osgood had asked during the 2018 sentencing to be sent back to death row and stated he deserved to die, the case automatically went to the Court of Appeals in accordance with Alabama State Law because it calls for the death penalty.

“The court looked at it and they upheld the conviction and the death sentence and that when he stood up and said … that he wanted the death penalty that that was a knowing, voluntary, intelligent waiver of his right to trail, and they accepted it,” Robinson said.

Osgood will remain on death row throughout the continued automatic procedural appeals process in the state and federal courts.

In 2018, Osgood was convicted on two counts of capital murder and sentenced to death by lethal injection.

“In 13 years, I have worked on some terrible cases, where family has been taken, brutal murders and multiple killings, cases that are just heart breaking, but I have never looked at anything as evil as that crime scene when I got there on that day,” Robinson said.

By JOYANNA LOVE/ Managing Editor It was a quiet night as Ericka Childers sat on her porch in the West... read more