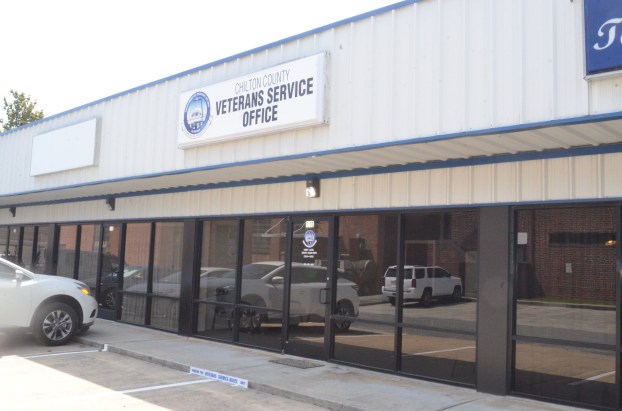 A new Chilton County Veterans Service Office at 110 Sixth St. S will be officially opened with a ribbon cutting on June 4 at 9 a.m. (Photo by Anthony Richards)

An official ribbon-cutting ceremony has been scheduled to christen the opening of the Chilton County Veterans Service Office at 110 Sixth St. S in Clanton on June 4 at 9 a.m.

The event is open to the public and will include remarks of officials from the state, Chilton County and the City of Clanton.

Once the facility’s doors are officially open, its office hours will be Tuesdays and Thursdays from 8:30 a.m. to 4:30 p.m.

According to a press release, the primary function of the office will be to assist local veterans, their dependents and survivors through the process of claims for benefits and entitlements available from the U.S. Department of Veterans Affairs and the State of Alabama.

Veterans earn those benefits with honorable record of military service.

Processing compensation and pension applications, appealing VA decisions and applying for special veteran license plates are just some of the services the office will be able to provide for the residents of Chilton County.

Commissioner Steve Langston has been influential each step along the way in helping the Veterans Service Office become a reality.

As a veteran himself, Langston has stated at previous Commission meetings of the important role that the office will have for the county’s veterans moving forward.

School board looking to fill vacancy

By JOYANNA LOVE/ Managing Editor The Chilton County Board of Education is accepting applications to appoint a board member to... read more