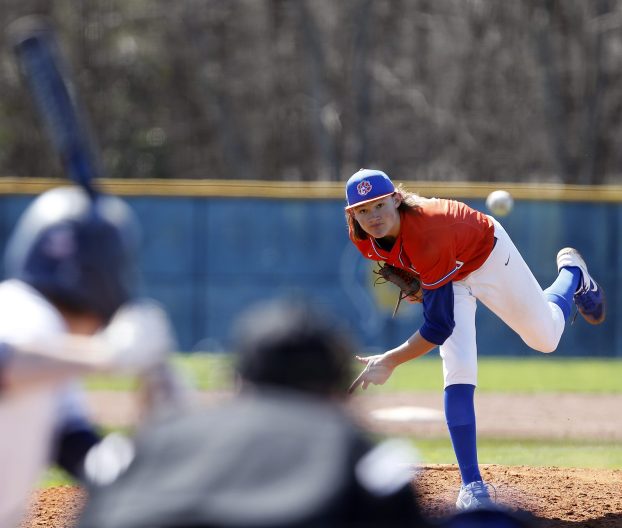 CCHS junior Pico Kohn delivers a pitch against St. James during the season. He was named Alabama’s 2020 Gatorade Baseball Player of the Year. (File photo)

Pico Kohn’s tremendous ability on the pitching mound continues to get noticed.

The Chilton County High School junior has been named the 2020 Gatorade Baseball Player of the Year in the state of Alabama.

Kohn is the first CCHS baseball player to win the award and joins a prestigious list of athletes that include the likes of Derek Jeter, Jon Lester, David Price, Clayton Kershaw, Rick Porcello and Kris Bryant, all of which won their respective state’s honor before eventually making it to the big league.

He first realized he received the award while packing his clothes prior to going on a Memorial Day weekend trip with his family.

All of a sudden, he heard his mom scream from the other room and he went to check on her to see if everything was alright.

It turned out to be a scream of joy, as she was the first to view the news of her son’s achievement.

“If you wake up and know what you want to accomplish something, it is within reach,” Kohn said.

The mental side of the game is something Kohn has worked on in recent years, and he understands it is an area where there will always be room for improvement.

Being a pitcher can be a grind at times during games, which is why he believes it is important to not get too emotionally high or low.

What makes Kohn a special talent is his ability to overpower opponents and manipulate the strike zone on the mound. He had 59 strikeouts in 31 innings this past season.

“I’ve got the confidence to be able to throw my fastball inside and out no matter the count,” Kohn said.

According to Kohn, also feeding his confidence is the trust he has in the defense playing behind him.

“I can count on them to be there for me,” Kohn said.

Regardless of the situation, getting outs is Kohn’s main mission anytime he takes the mound.

“I like the challenge,” Kohn said. “It doesn’t matter if I’m facing a first-round draft pick or a kid who has never played before.”

Since 1985, Gatorade has been recognizing athletes that demonstrate a combination of athletic excellence, as well as high academic standards and exemplary character on and off the field.

He finished the abbreviated season with a record of 4-1 with a 0.45 earned run average.

The AHSAA has decided to allow schools statewide to start summer activities June 1. This decision was announced after Gov.... read more