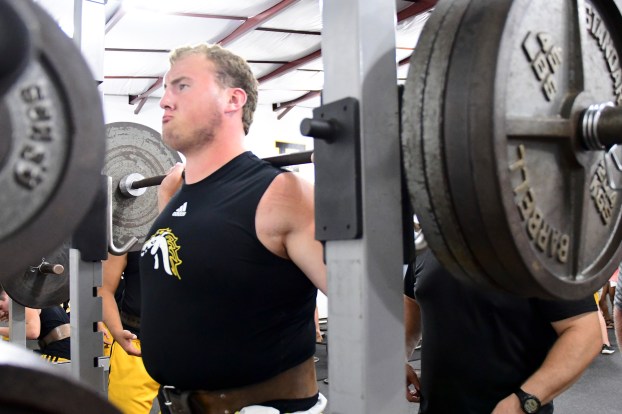 The AHSAA has decided to allow schools statewide to start summer activities June 1. This decision was announced after Gov. Kay Ivey’s amendment of the Safer at Home order in place on May 21.

According to the Governor’s Office, athletic activities would be allowed to take place in the state, which would allow for practice beginning May 23 and competitions to be held as of June 15, regarding the social-distancing and sanitation guidelines are properly followed.

Isabella Athletic Director Tate Leonard is on a state football committee and has been part of some of the discussions.

The proposed precautionary measures by the AHSAA coincide with the Governor’s latest amendment, although the start dates do not sync up entirely.

The regulations would be followed for every sport.

“I’m always a glass half-full type of guy,” Jemison Athletic Director Blake Bradley said. “We’re going to have to be creative once again with the way do our workouts.”

Prior to the Governor’s announcement, several coaches believed early-adopted regulations would cap the maximum number of players allowed to practice in a single area.

“We plan to do a lot of body weight stuff, so they don’t have to come in contact with each other,” Leonard said. “We’ll be adapting every day.”

Body weight exercises will not require a spotter to perform.

Leonard is happy to see the continued talks and thinks that having progressive plans on the table are steps in the right direction.

“As coaches, we like to plan way ahead of time,” Leonard said. “At the moment, balls cannot even be used. Anything is better than nothing.”

According to Jemison Athletic Director Blake Bradley, one of the JHS position groups affected most by the absence of spring practice and a regulated summer are the quarterbacks.

The Panthers will have a competition for the starting quarterback spot prior to the season.

“Daniel Martin [former starter] was such a leader within the program and not having him is going to be new,” Bradley said. “Spring would have been very important in getting reps for the guys.”

Memorial Day always creates a busy atmosphere on the roadways throughout the state of Alabama, and that is set to... read more