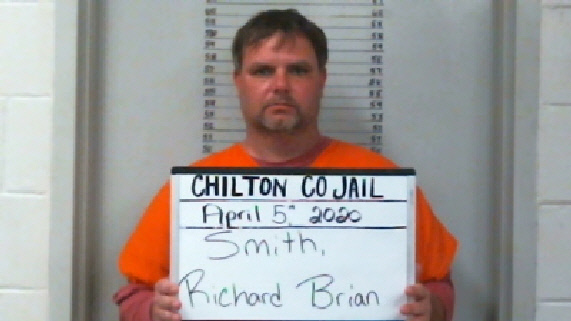 Things like stay-at-home orders and social distancing do not mean anything to those who choose to break the law. As such, the Clanton Police Department has remained busy during the COVID-19 pandemic.

According to Capt. David Clackley of CPD, the department has worked several theft-related cases so far in April, including 11 theft-only cases, five breaking and entering of vehicles, two robberies of businesses and a burglary.

On April 5, Richard Brian Smith, 39, was arrested for allegedly forcibly stealing $435.47 worth of diet pills from Suzy Q’s on Lay Dam Road. Smith also allegedly pushed a clerk at the Lay Dam Road Chevron that morning. 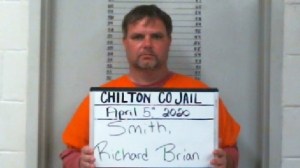 Tractor Supply Company had a shoplifting incident on April 7. According to Clackley, two subjects entered the store and allegedly stole a $439.99 leaf blower.

“When confronted by the employees of the store, one of the suspects produced a weapon, described as a pistol, at the employee during their escape,” Clackley said. “The subjects fled in a vehicle before police arrived. With help from (Chilton County Sheriff’s Office) and other surrounding agencies, the two subjects were later identified and warrants were obtained for their arrest. The subjects were identified as Qwataya Scott (36 of Prattville) and Jawan Anderson (34 of Montgomery). During the follow-up investigation, it was determined that the weapon was likely a BB gun that was recovered from the suspect vehicle.”

On April 12, at approximately 3:45 a.m., officers responded to a report of a subject allegedly attempting to steal the coin-changing machine at Suds R-Us using his truck and a long tow strap.

“When officers arrived, the subject fled on foot into the woods,” Clackley said. “The suspect’s vehicle (was) backed up to the door and a strap (was) running to the machine inside. Detectives and K9 responded to search the suspect and begin the investigation. Evidence from the suspect was located during the track, and the suspect was later located by the K9 officer near Barth Lumber on Enterprise Road. The subject was identified as Austin Michael Franklin (25 of Odenville) and was arrested for the offense.” 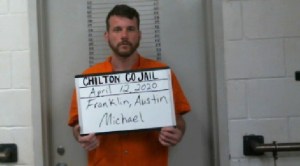 April 13 saw an alleged burglary at Holleywood Gardens on Seventh Street N. A suspect was caught on video stealing flowers from one of the business’s greenhouses.

Upon watching the footage, the officer recognized the subject as being Timothy Dale Varden, 54. 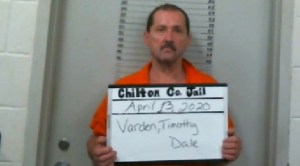 During the ensuing investigation, the flowers were recovered from the suspect’s home. Varden was charged with burglary and theft of property.

“So far, this month has been a very busy one for us despite the stay at home order,” said CPD Chief Keith Maddox. “It is no surprise that the criminals seem to be disregarding the order. Thanks to the teamwork and dedication of our officers, we have made arrests in almost all of the major cases. Every member of our department is being personally affected by the current pandemic, but we continue to serve our community.

“We ask that everyone avoid leaving valuables and firearms in vehicles as a precaution. We also recommend that all businesses perform a check of video surveillance equipment to ensure it is working properly. Video is very valuable and has played a big role in the success we are having in apprehending criminals.”

What about funds paid for canceled school trips?