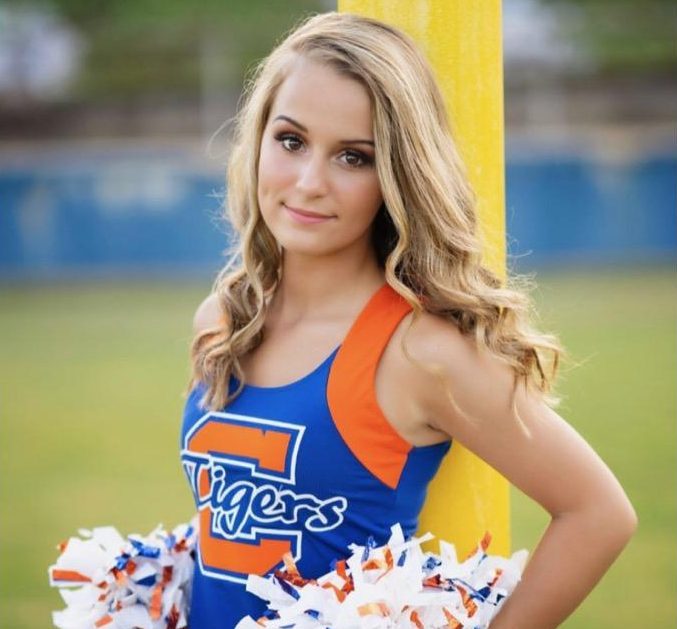 CCHS freshman Belle Richardson has been offered a cheer scholarship from the University of Arizona. (Contributed photo)

Belle Richardson is only about to finish her freshman year of high school but already has a college offer to consider.

She was presented a full scholarship cheer offer from the University of Arizona.

Richardson took up gymnastics when she was two years old and eventual made the transition over to cheer at 11 years old.

Despite her young age, she has been a leader on the squad since joining the school’s cheer team three years ago.

She has carried the designation of captain the past two years and was a co-captain her first year competing at the school level.

Growing up, she aspired to one day compete as a gymnast in college, but now has the opportunity to do so in a cheer capacity.

Richardson takes part in competitive cheer as well as at CCHS.

“I love supporting my school and teams, but I’ve also always enjoyed the competitive side of it,” Richardson said.

As part of the competitive cheer circuit, she competed in events in both Dallas and Atlanta this past year.

According to Richardson, there were more than 100,000 cheerleaders taking part in the Atlanta event.

“It’s like a whole other world,” Richardson said. “The pressure can be felt in warmups, but it’s something I’ve always handled pretty well.”

She and her teammates can get a good feeling of whether or not they have nailed a routine by the time they get to the final pyramid formation.

“It’s an amazing feeling when you get a high score,” Richardson said. 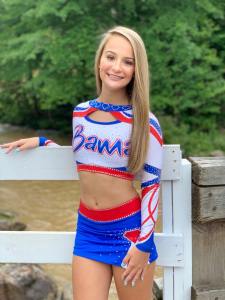 Richardson trains with Bama All Starz at the Alabama Cheerleading Center in Hoover.

A lot of work has helped her get to where she is currently at, but she understands that there is plenty of work left to be done.

She practices about three days a week with each practice lasting two hours.

According to Richardson, that continued practice really pays off when the competition ramps up.

“I don’t even hear the music once the routine starts,” Richardson said. “By that point, I’m in the zone.”

Richardson would love to receive a cheer scholarship from either Alabama or Ole Miss in the coming years.

She understands what a big deal it is to have colleges from across the country recognizing her talent.

One aspect of her cheering she has improved the most is her tumbling skills. However, co-ed stunting, which requires preforming with a partner, is something she looks to improve on in the coming years of high school.