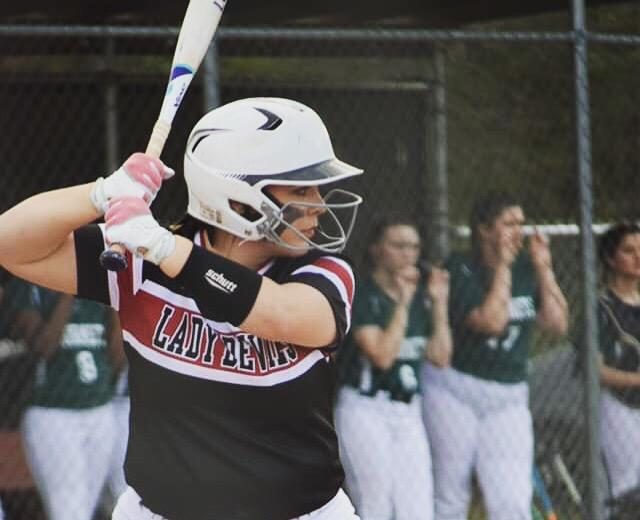 Maplesville senior softball player Gracie Harrison was heart-broken when she heard the Red Devils softball season was canceled due to the coronavirus pandemic.

“I was devastated, because it was something I’d been looking forward to since I was little,” Harrison said.

However, in recent weeks since the decision she has found herself dwelling less on what she missed out on and instead cherishing all the moments that she did have during her high school career.

“God has really helped me to grow,” Harrison said.

According to Harrison, softball had a way of quieting any stress that she may have been feeling from school.

“When I took the field, life was great,” Harrison said.

It was the little things about being a softball player that she now realizes she took for granted prior to all of this going down.

“Sometimes I dreaded practice, but now I would do it as long as I could if I had the chance,” Harrison said.

Harrison has played softball since she was 5 years old, and the most important thing she learned over the years is that the game is bigger than just one person.

“It has been fun knowing that you’re a part of something,” Harrison said. “Competing at softball has taught me about myself. You’re able to make so many relationships throughout the state.”

First baseman and pitcher were the primary positions Harrison played in her career prior to stepping in to play third base to fill a void created by injury last season.

She picked up where she left off and was the starting third baseman for Maplesville heading into her senior year as well.

Although first base and third base are both on the corners of the infield, Harrison quickly learned the differences between the two positions.

“You have to have quick feet to cover more area when playing third, because there are a lot more balls hit that way on average,” Harrison said. 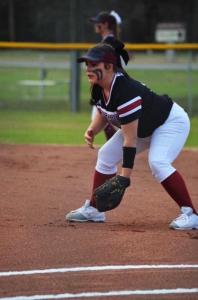 Harrison spent time as a first baseman, pitcher and third baseman during her career. (Contributed photo)

One thing that was rarely in question was Harrison’s ability with a bat in her hands.

She was a source of power for the Red Devils’ lineup.

According to Harrison, confidence is what made her the hitter she was.

“There were times when I had a slump, but I always knew it would pick back up,” Harrison said. “I knew that because I had put in the work and I knew the results would come.”

An example of her dedication to the sport was on display prior to each season.

She also played on the school’s girls basketball team, which meant her schedule did not allow her to have the same amount of practice time as the rest of the team.

According to Harrison, in order to combat the predicament, she would stay after practice and work a little longer preforming drills with coaches.

She thanked head coach Clark Watley and the assistant coaches that spent time with her through the years.

A cherished memory Harrison has looked back on was when she hit her first home run as a sophomore.

What made the moment even more special was that it was against rival Isabella in the county tournament that year.

“Home runs are always a feeling of accomplishment,” Harrison said.

Harrison and the rest of the MHS senior class have done their part to leave a legacy and transform the softball program into a contender.

Part of that legacy includes winning the area tournament as a yearly goal for the Red Devils.

“We were the ones that bought in,” Harrison said. “Knowing that I had a chance to change the course of things is special. I will always carry that with me.”