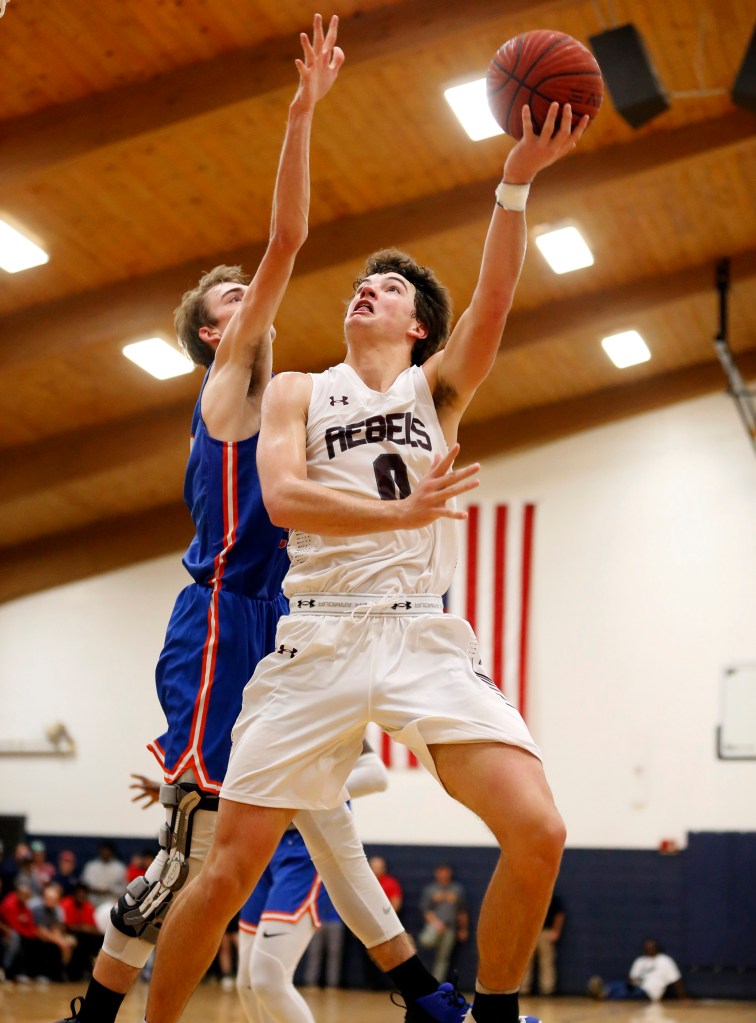 Sawyer Sellers of Thorsby was is The Clanton Advertiser’s 2020 Boys Basketball Player of the Year. (File photo)

Take one look at Thorsby junior Sawyer Sellers and it is no surprise he is The Clanton Advertiser’s 2020 Boys Basketball Player of the Year.

Having played since he was 5 years old and standing at 6 feet 5 inches tall, he possesses both the size and skills that equate to an excellent basketball player.

According to Sellers, he was always one of the tallest people in his classes growing up.

That length has definitely come in handy over the years on the basketball court.

“There’s a certain advantage that it gives you in whatever you’re doing,” Sellers said.

Being tall is one thing but understanding how to properly use the gift God gave him took some time for Sellers.

According to Sellers, your body might grow, but it can take a little bit to of getting used to and can be a little awkward at times.

However, after the junior season Sellers put forth, it’s safe to say that he looked completely comfortable in both his body and his growing role on the team.

His comfort level was tested when he was continually sent to the free throw line and wound up knocking down shot after shot during the overtime period to beat Chilton County High School in a county tournament matchup.

“You’ve just got to know they’re important shots and that your team’s counting on you to make them,” Sellers said. 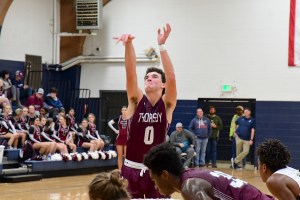 Some of Sellers’s most crucial shots during the season came at the free throw line, including in an overtime victory against Chilton County High School in the county tournament. (File photo)

On any night, Sellers was capable of a double-double performance by finishing with 10 or more points and rebounds.

“Blocking shots was always just one of those things that always came natural to me,” Sellers said.

Although this year’s scheme allowed Sellers to venture out and stretch the defense by taking more long-range jumpers, he has come to enjoy the physical nature of working down low to get points in the paint.

“I would rather start inside and work my way out from there,” Sellers said.

Sellers directed a lot of his improvement this year to having teammate and fellow athletic big man Xzavier Leverette by his side.

“We just have a good group of athletes coming through Thorsby right now,” Sellers said.

Together both Sellers and Leverette patrolled the paint and created headaches for opponents, especially on the defensive end, where their combined length was disruptive.

“For Xzavier and me, basketball is our lives,” Sellers said.

He had also spent two previous years taking part in Amateur Athletic Union basketball, which he believed was valuable in helping him get to this point in his career.

“You’re always playing against such great competition, there’s nothing like it,” Sellers said.

Kevin Durant is someone Sellers enjoys watching at the professional level and believes that similarities exist that he can model his game after.

“He’s a big guy who can also shoot from outside,” Sellers said. “He can do a little bit of everything.”