JES teachers use grants with students in mind 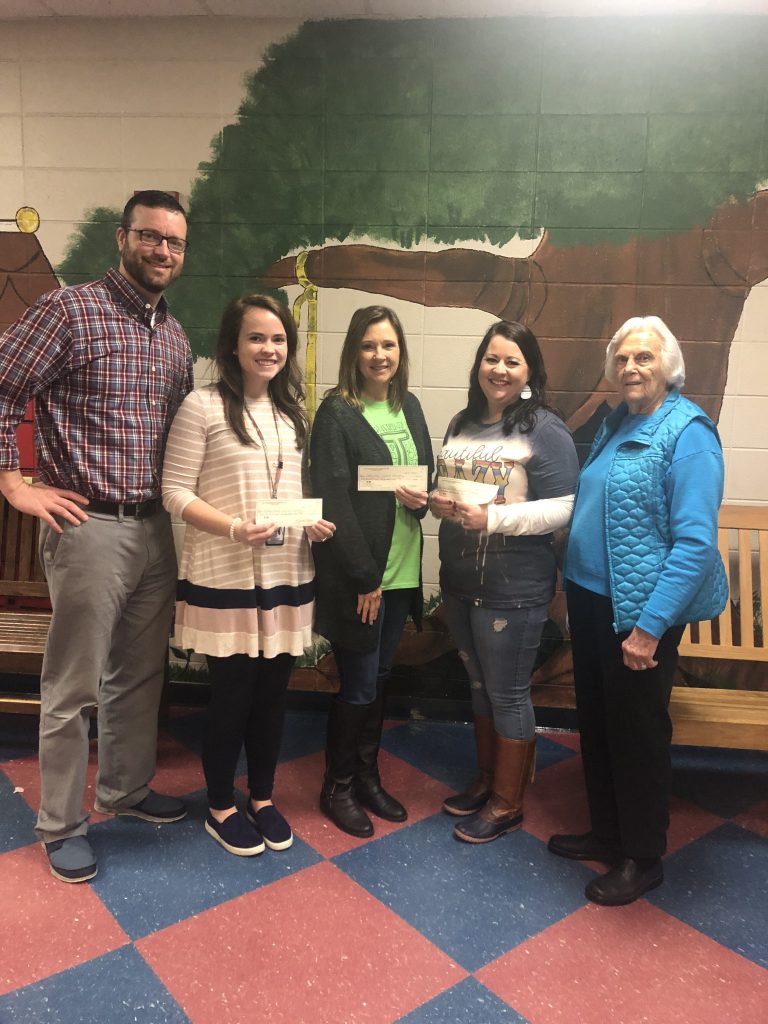 Three teachers at Jemison Elementary School will have the opportunity to improve their learning environments after receiving PEECh grants.

First grade teacher Macey Gentry purchased in-door recess items for her class thanks to a $300 grant.

The items included things such as board games and Legos.

“Anything that they can use when it is so rainy or cold that we can’t utilize the playground,” Gentry said. “When we got the packages, I opened them up in front of them, and they were super excited.”

According to Gentry, the grants are a great avenue for her to build up her teaching tools, especially with her only being in her second year of teaching.

“I’m very thankful for the grants that they put out there for us to apply for, because it helps,” Gentry said.

Kindergarten teacher Stacie Ray received a $900 grant and used it to purchase items designed to broaden the STREAM portion of her class.

STREAM is a STEM-based curriculum that includes reading and art aspects.

“They only get to experience that [STREAM] for about 30 minutes a week, and I wanted to expand that because STEM and STREAM add so much more than just science,” Ray said. “They learn a lot of cooperative and collaborative learning as well.”

Ray has been working on her obtaining a master’s degree and during that process she did a lot of research regarding STEM activities and all the things they encompass.

“It has really brought up a lot to me that I had not thought about before,” Ray said. “They think they are playing, but they are being guided to learn things that they don’t even realize they are learning.”

According to Ray, there are various items included in each kit, which will allow her to rotate the focus so that it is not the same thing all the time.

For special education teacher Bridgett Smith, it was the second-straight year she received a PEECh grant.

Both grants focus on helping teach social skills to her special needs students.

“Last year, I bought things to teach using a social group, which teaches social skills to children with autism and developmentally-delayed children,” Smith said. “They tend to lack social skills like personal space, so this year I bought some more things to work with that group.”

This year’s grant was for a little more than $200, which Smith used to add more physical aspects to the curriculum.

One of the things she ordered was a hopscotch carpet.

“It helps the kids do the balance and physical therapy aspects, as well as turn-taking skills,” Smith said.

According to Smith, the tools she bought with last year’s grant has really paid dividends, and she is looking forward to seeing how this year’s grant can help build upon that.

“I think I’ve got a full school year worth of thematic things now, so next year, I think I might go in a different direction,” Smith said. “I usually try to see what kids I get at the first of the year and identify what their needs may be.”