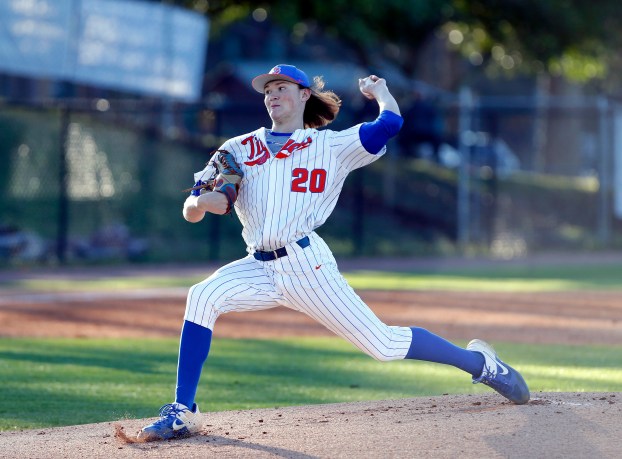 What could have been? That is surely a common thought being pondered around the Chilton County High School baseball program.

The Tigers (8-5) had big expectations heading into the year and looked the part of a possible state title contender in several games this season, which included a 2-0 victory against Pell City March 14.

Pico Kohn put forth another dominant performance on the mound, which is what fans and coaches have come to expect from the team’s ace pitcher.

He pitched a complete game shutout and struck out 12 Pell City batters in the process, while allowing five hits and three walks.

The game was the definition of a pitcher’s duel with both teams combining for eight hits.

Despite having the lesser amount of that combined total, the Tigers were able to make the most of the opportunities they created for themselves.

CCHS scored two runs on just three hits. A major reason why was the patience at the plate shown throughout the batting order.

The Tigers drew five walks in the contest, two of which allowed Eian Headley to reach base on separate occasions and eventually come around to score both of Chilton County’s runs.

Cameron Baker drove in Headley with and RBI groundout to give CCHS a 1-0 lead in the first inning.

Headley touched home plate for the second time in the fifth inning after Dalton Patterson walked with the bases loaded.

Deuntae Childers, Kohn and Lawson Patterson generated the hits for CCHS on the day.

Prior to high school sports being suspended due to the coronavirus pandemic, the Thorsby Rebels baseball team crushed Selma 17-2... read more