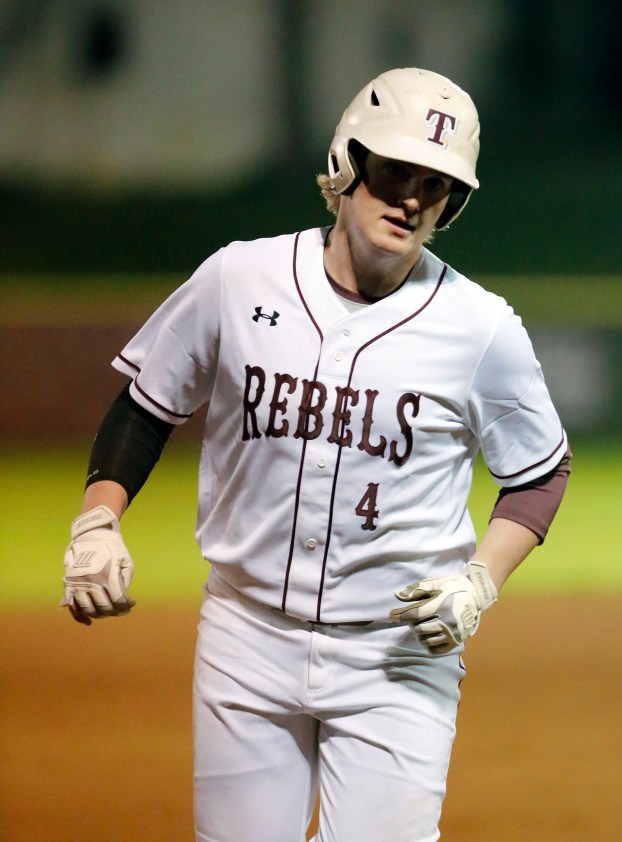 Thorsby’s Tanner Jones was perfect at the plate against Selma March 13 with a pair of home runs, a triple and a double. (Photo by Brandon Sumrall/Special)

Prior to high school sports being suspended due to the coronavirus pandemic, the Thorsby Rebels baseball team crushed Selma 17-2 March 13 and improved to a record of 8-3.

The THS offense flexed its muscle on several occasions throughout the contest, including a six-run first and third inning.

Tanner Jones had a dynamite day at the plate and finished a single shy of hitting for the cycle.

However, he made up for it with a pair of home runs to go with a triple and double.

Six of Thorsby’s 17 runs were driven in by Jones.

Other Rebels who had highly-productive games with a bat in their hands were fellow seniors Jacob Lockhart and Tucker “Dale” Patterson.

Just like Jones, Lockhart was a perfect 4-for-4 at the plate and had four RBIs, while Patterson went 3-for-4 with a walk.

Selma pitching had no answer for Thorsby, which tied its run tally with 17 hits in the game.

Jones, Patterson and Lockhart also put together a strong performance on the mound by combining to allow just one earned run on four hits with 10 strikeouts.

By BRANDON SUMRALL Special to the Advertiser With concerns rampant over the ifs and buts of what may or may not... read more