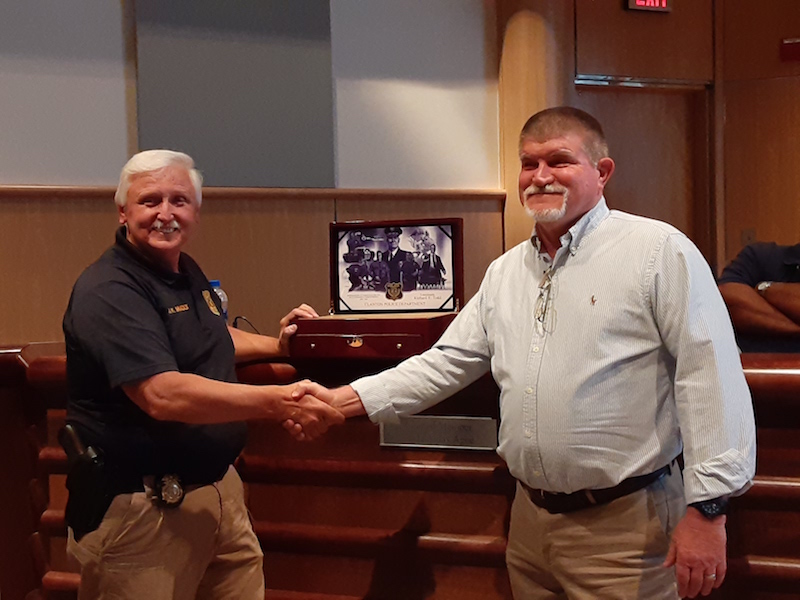 Todd is retiring after 25 years with the department and 41 years in law enforcement overall.

“I know I will miss you, and I am sure your fellow employees will also,” Mayor Billy Joe Driver said. “We appreciate the 25 years that you have put in with us, and we trust that you’ve enjoyed it.”

Maddox said it was customary for the department to give retiring officers their service pistol and badge to keep.

“We just appreciate what he has done and what he had done for the city,” Maddox said.

The Council approved moving forward with allowing multiple groups to use space in one of the city-owned empty buildings in the Park Plaza shopping center.

Wilson said the Historical Society wanted to be in the front of the building to be able to do some historical displays.