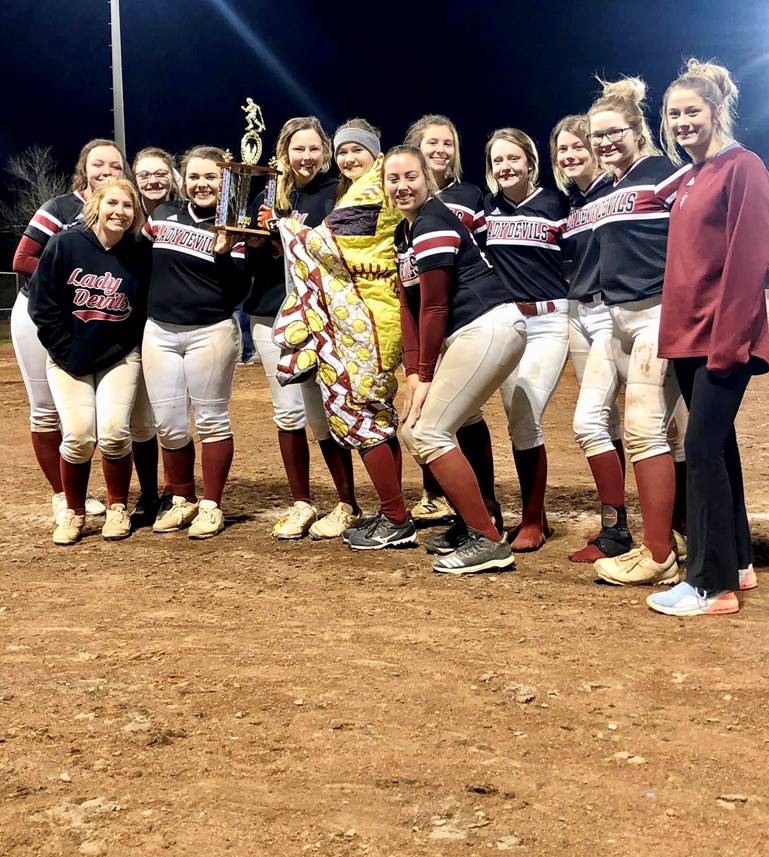 The Maplesville softball team held their own against some stiff competition across an array of classifications en route to finishing runner-up in the Saks Wildcat Invitational in Anniston March 6-7.

MHS punched their ticket to the title game after defeating Class 3A Weaver 7-3 in the semifinal round.

The Red Devils built a 7-0 lead after four innings with multiple batters finding their stroke.

Gracie Harrison, Emily McGee, Katie Payton and Avery Reed each went 2-for-3 at the plat.

Cook and McGee each had a double, while Reed made the most of her trips to the batter’s box with three RBIs.

Kaylee Wright pitched all five innings in the game and allowed just one earned run on six hits and one strikeout.

She demonstrated great command with 50 of her 69 pitches resulting in strikes.

In the championship game, MHS lost fell 13-11 to 5A Clay Central in extra innings.

The Red Devil offense continued to produce its share of runs as it did in the semifinals.

However, despite outhitting Clay Central 14-12 on the night it proved not to be quite enough to keep pace on the scoreboard in the end.

Jayla Nix had three RBIs in the championship, including a two-run blast to center field that helped send the game to extra innings.

Clay Central grabbed the lead with three runs in the top of the ninth inning, and Maplesville quickly answered in the bottom half with a leadoff RBI single to right field that drove home McGee, who started the inning on second base per the extra innings rules.

Unfortunately for the Red Devils, that was the only run they could muster in the inning, and they had to settle for tournament runner-up.

Jaycie Armstrong was a machine at the plate stringing together a 4-for-5 performance.