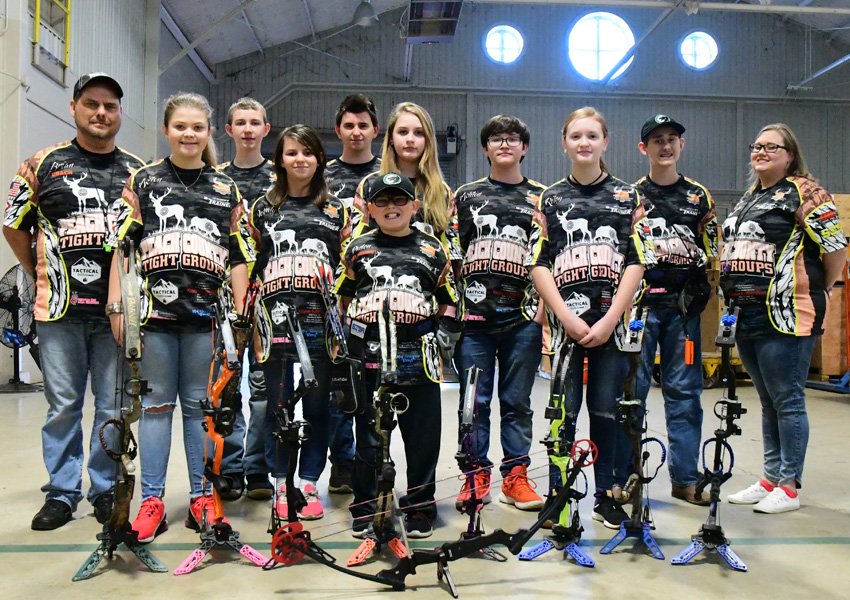 The recent establishment of the Peach County Shooting Club has given another outlet for the youth of Chilton County to get involved with the sport of archery.

The club got underway a couple of months ago after Brian Mims and his wife Marsha became certified archery instructors.

“Both our boys wanted to get into archery outside of school, so here we are,” Brian Mims said.

The group competes in about three matches a month at various locations throughout Alabama. The season lasts nearly year-round from January to September.

The Chilton County Bow Hunters Club and Martin Archery are the primary sponsors.

“One thing I like about the S3DA [Scholastic 3D Archery] competitions is that scholarship money is available,” Mims said. “Kids can start winning scholarship money at seven years old. I know that will be a lot of help when it’s time for the kids to go to college.”

The club currently has nine participants and makeup a range of ages from 9 to 17 years old.

“We’re trying to get the word out and get more people to help the team,” Mims said. “It’s not cheap, but it’s what the kids want to do. Helping the kids progress is what we’re all about.”

Three of the nine are currently pulling double duty by shooting in tournaments with their school as well the club.

Ashton Brown is one who has embraced the challenge of competing for his school, Clanton Middle School, and the club. 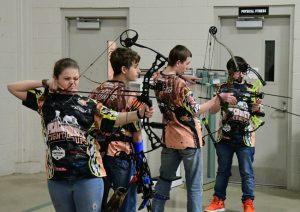 Several members line up to practice at the National Guard Armory in Clanton. (Photo by Anthony Richards)

“It’s a quick transition, because normally I practice at school the same days that I do here,” Brown said.

Shooting compound bows and using 3D targets are two ways that competing in the S3DA program differs from the school programs.

Compound bows are a more modified version of the bows used in school competition with several features, such as a scope, that can be added.

“It’s fun but harder than you think it would be,” Reece Cost said. “You have to have strength, and you can hit yourself in the arm a lot if you don’t have a proper stance.”

However, after the initial struggles Reece has begun to find her groove and has begun to hit targets more consistently after just a few practices.

They are both looking forward to possibly entering future tournaments once they have further mastered the art of archery.

According to Mims, being part of the club does not require competition in tournaments. He welcomes children who might just want to take part in the practices and not compete.

The earliest eligible age to join the club is 7 years old.