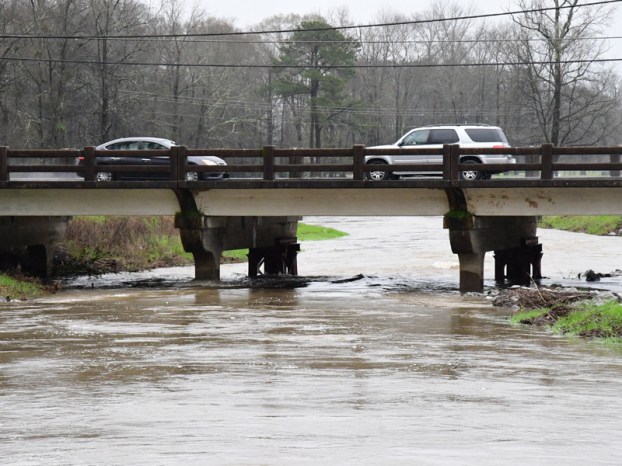 Chilton County has seen its share of rainfall in recent weeks, and one of the side effects has been flooding and road damage.

One of those roads is County Road 468, which was a major talking point during the Chilton County Commission meeting on Feb. 25.

Terry Bates and Shane Bates came before the Commission to express their concerns regarding the road, which they have a house on.

“We have an erosion problem, and a big one,” Terry Bates said.

According to Terry Bates, the county road department had put re-claimed asphalt down the road in the past, but it proved to be only a short-term fix.

“Their [road department] intentions were good, but it washed right away,” Terry Bates said.

Commission Chairman Joseph Parnell informed them that county engineer Tony Wearren had said he started working on the road a couple of weeks ago, but the constant heavy rains had caused the project to be delayed.

Wearren was not present at the meeting due to having to attend some training at that time.

“A steep road like this has to be crowned, but they won’t do it,” Terry Bates said. “It is completely flat.”

County Road 468 is considered a “river road,” and according to Shane Bates, the asphalt that has been washed away has wound up in Walnut Creek.

Although the recent torrential rains have not helped, Shane Bates stated that this is a problem that has plagued County Road 468 for years and he believed very little had been done to prevent it from continuing.

Parnell told them that he would get with them and Wearren to look further into the issue at hand.

Despite his frustration surrounding County Road 468, Terry Bates thanked the Commission for the work being done to County Road 28.

Commissioner Jimmie Hardee pointed to the recent county tax raise helping open the door for that opportunity for improvement.

“I don’t mind paying taxes, as long as you use them the right way,” Terry Bates said.

Chilton County residents took to the polls during the primary election held March 3. It was an important day for... read more