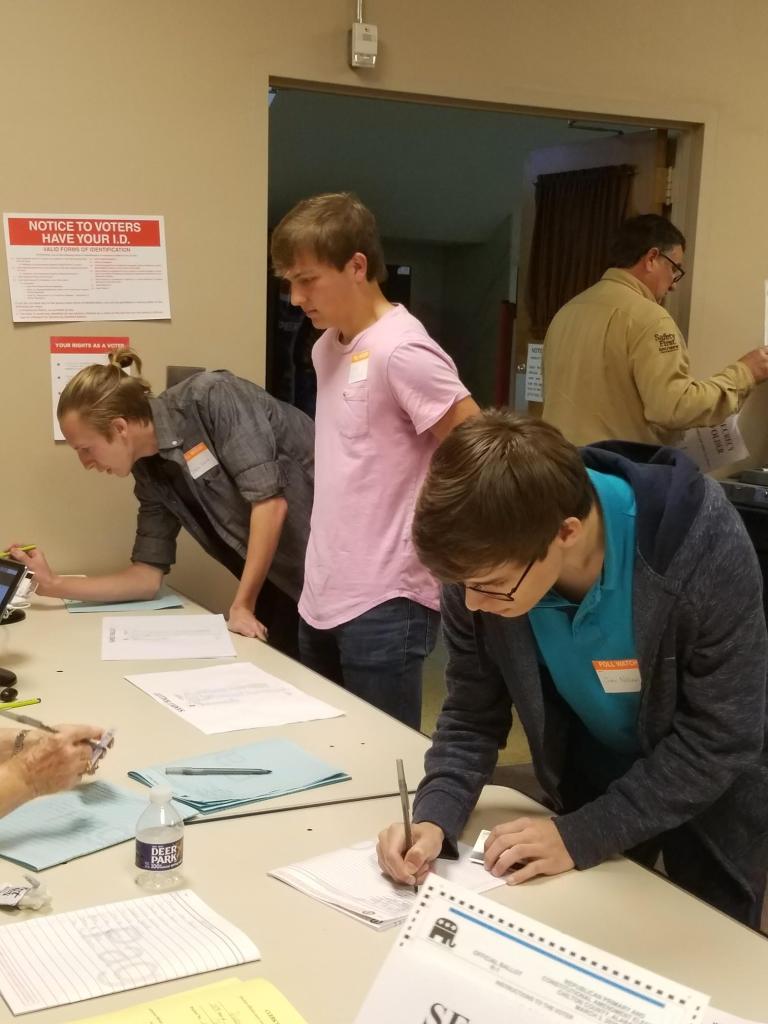 Chilton County residents took to the polls during the primary election held March 3.

It was an important day for many politicians and people who want to have a say in how the local and national future may look.

It was the first time each of them had voted after registering through their government class at school after turning 18 years old in recent months.

“It’s odd to be at that point where I can do that now,” Nelson said. “It’s like driving for the first time.” 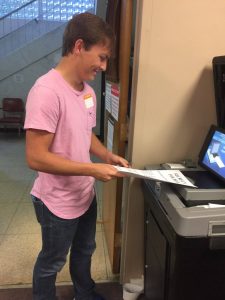 Brady McCormick smiles as he inserts his ballot into the machine to be counted. (Contributed photo)

What are some thoughts that ran through their minds when filling out a ballot for the first time?

All three hope that they can be an example for others who do not express their right to vote or even register.

“It’s really easy to register, and it doesn’t take long to vote, so there’s really no reason for someone not to,” Nelson said.

Despite voting for the first time, they also assisted at their voting location (Chilton County Courthouse) as part of the newly-created poll worker internship program.

“Working it has been a lot of fun,” McCormick said. “It’s interesting to see how it works. It wasn’t what I expected.”

Rabren was expecting to see more closed quarters and more secluded areas for people to fill out their ballots.

“I was surprised how open it is,” Rabren said.

After taking part in the internship, they each seemed open to the idea of being a poll worker again in future elections.

County Commission will have new members after primary shakeup