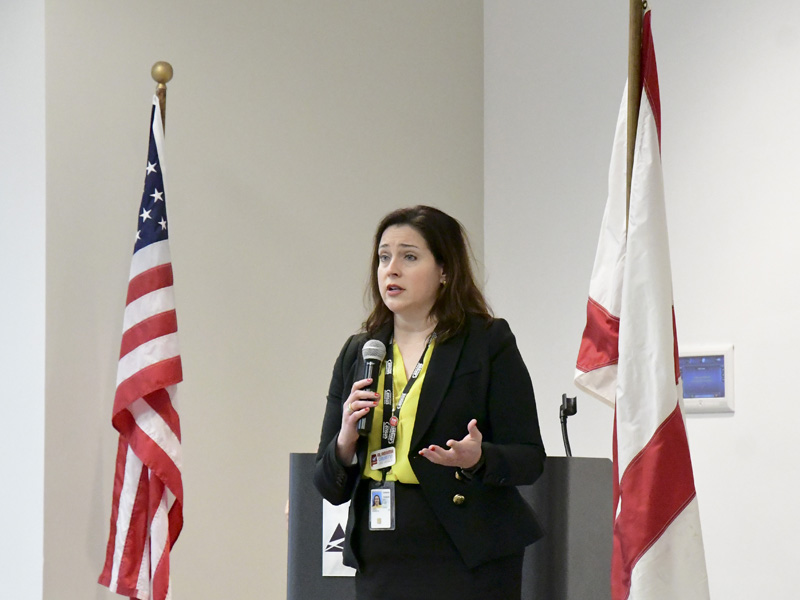 Jessica James with the U.S. Census Bureau spoke about the importance of completing the 2020 Census during the CCUW Awards Luncheon Feb. 26. (Photo by Anthony Richards)

This year will go a long way in determining how Chilton County is viewed within the state of Alabama, and it all starts with the 2020 Census.

The United States Census Bureau conducts the process of collecting population data at the start of each decade.

The data gathered does not just determine how many people live in a certain area, state or throughout the country, but it is also used as a measuring stick when it comes to making decisions.

Such decisions would include the amount of funds a city or county is delegated, as well as the amount of political representation they have at the state and federal levels of government.

According to Jessica James with the U.S. Census Bureau, Chilton County had a 72% completion rate during the 2010 Census. This mirrored the completion rate for the entire state that year.

However, James spoke at the Chilton County United Way Awards Luncheon Feb. 26 and urged those in attendance that the goal is to raise that tally as close as they can to the 100% mark.

“We don’t want to leave any of those federal dollars that we get from the Census on the table,” James said.

According to Chilton County Commissioner Jimmie Hardee, funding for Chilton County schools and some federal road money are some instances where the final Census numbers will come into play.

James gave a heads up that mailers will be sent out March 12 and residents will have until April 30 to self-respond, which she advised they do, because on May 1 they will begin going door-to-door of those who have not responded.

“A lot of it can be done online,” Hardee said.

The Chilton County Commission did its part in trying to help spread the word to the public about the Census and it’s importance by approving a resolution Feb. 26 for up to $5,000 to be spent on advertising and signage that will be posted throughout the area.

The Commission also showed support by officially recognizing it as a “special project” and will look for a possible site in the county where the Census Bureau can train about 25 people to help in the data collection.