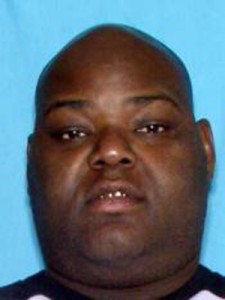 This photo of Hall ran with a related article when was arrested for robbing Peachtree Bank in 2010.

Conventional wisdom says stick with things and places that you know, but for one Birmingham man, repeating a previous act has led to arrest on both occasions.

An arrest was made Feb. 26 in connection with the attempted robbery at Guardian Credit Union in Clanton on Feb. 24.

According to Capt. David Clackley with Clanton Police Department, Kenton Maurice Hall of Birmingham was taken into custody in Tuscaloosa County on warrants obtained by CPD.

Hall is believed to be the man who allegedly walked into Guardian and demanded money from a teller by way of a note before leaving without having stolen anything.

“Coincidentally, Hall was the same subject arrested in the 2010 robbery of Peachtree Bank in Clanton,” said Clackley in a release. “Guardian Credit Union is located in the same building that was once Peachtree Bank. Hall had also been arrested and charged with a robbery near the same time in Alex City. Hall was recently released from prison and was on probation at the time of this week’s robbery.”

Hall was taken into custody without incident.

Clackley thanks all local and federal agencies that helped CPD during this investigation.