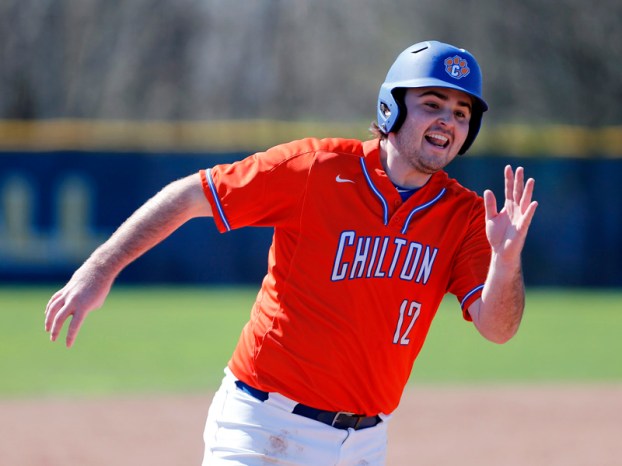 Excellent pitching and hot bats propelled the Chilton County varsity baseball team to a pair of road wins on Feb. 22, as the Tigers knocked off the St. James Trojans 5-0 and 13-6.

Chilton County got on the board early during Game 1 of the doubleheader as leadoff singles by Eian Headley and Brady Bolling would set up a pair of runs for the Tigers in the bottom of the first, while an infield ground ball and a pair of strikeouts by Pico Kohn would bring the bottom half of the inning to a close with the Tigers holding a 2-0 lead.

The top of the third would see Chilton County add another run after Headley began the inning by being hit by a pitch that would set up an RBI-double by Cameron Baker to extend the Tigers lead to three.

With Kohn continuing to mow through the St. James lineup on the hill, the three-run lead would see the Tigers through the top of the seventh inning, where a pair of RBI doubles by Baker and Deuntae Childers would push the Chilton County lead to five to secure the Game 1 victory.

The Tigers would carry the momentum into the start of Game 2 and would tack on four runs during the home half of the first inning, as Headley got things started by leading off the inning after reaching on a Trojan error. 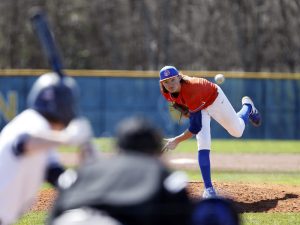 Pico Kohn was dominant on the mound for CCHS against St. James on Feb. 22. (Photo by Brandon Sumrall/Special)

Shortly after, a two-run blast over the right field wall by Cameron Baker along with a pair of RBI singles by Juan Pablo Morales Israiel and Preston Smith would bring the top half of the inning to a close with Chilton County holding an early 4-0 lead.

St. James would get on the scoreboard during the home half of the second thanks to a RBI single by Ethan Beard.

However, the Tigers would answer back in a big way during the top of the third with RBI doubles by Headley and Israiel along with multiple Trojan errors that led to CCHS racking up six runs in the inning to take a 10-1 lead.

In the top of the fifth, an RBI sacrifice fly by Dalton Patterson along with another St. James error added two more runs for the Tigers to make it a 12-3 ball game.

The sixth inning would see each team add more runs to their tally, as Headley would come across to score for the Tigers.

Kohn pitched a complete game shutout for the Tigers during Game 1, while allowing just two hits and three walks to accompany 13 strikeouts.

Baker led Chilton County at the plate during Game 1 with a 3-for-4 performance that included two doubles, a single and an RBI.

Bryson Mims got the start for Chilton County in Game 2 and allowed five earned runs, nine hits, two walks and struck out seven in five innings.

It was Baker once again who led the Tigers at the plate thanks to another 3-for-4 performance with a two-run homer and two singles.

By BRANDON SUMRALL Special to the Advertiser The Thorsby Rebels improved to 2-0 on the young season with a big... read more