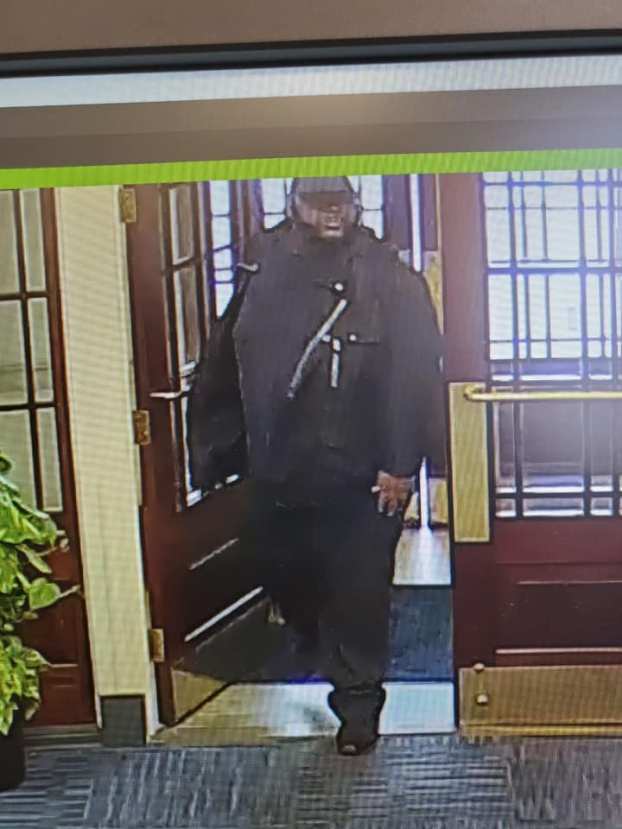 This still taken from security footage at Guardian Credit Union shows the suspect believed to have attempted to rob the business Feb. 24. (CONTRIBUTED)

Several members of law enforcement converged in northern Clanton Feb. 24 on the heels of an alleged attempted bank robbery at Guardian Credit Union.

According to Clanton Police Department, at approximately 10 a.m. a subject entered Guardian and demanded money from a teller using a note he presented.

“The subject is believed to be around 6’4″ and weigh over 300 pounds,” said a post by CPD on social media. “Video evidence recovered from nearby business shows the subject leaving the area in what appears to be a silver Chrysler PT cruiser. The last video evidence we were able to obtain shows the vehicle near the 212 exit of I-65 at 10:08 a.m.”

Anyone with information on the identity of suspect is asked to contact Cpl. Easterling at CPD.

No money was taken and no one was injured during the ordeal. CPD released the footage on social media in the hopes someone might recognize the suspect.

According to Capt. David Clackley with CPD, the department had not learned the identity of the suspect nor brought him into custody as of the morning of Feb. 25.

“We are working some leads,” he said.

By J.R. TIDWELL / Editor The Chilton County Republicans hosted a candidate forum for those who will have elections appearing on... read more