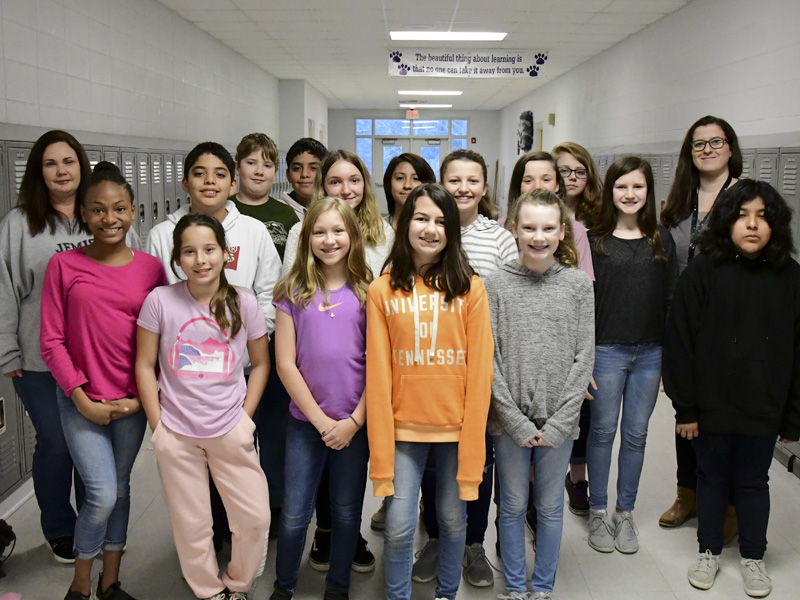 The drama club at Jemison Intermediate School is in its sixth year of existence since Jillena Smets started the program.

Although Smets still helps direct, it is sixth-grade teachers Lela Carr and Rachel Pearson who have taken charge of managing the club.

Carr has been with the club since the beginning, while Pearson is in her third year.

According to Carr, the number of students that choose to join the club varies each year due to the fact that it is only an option for sixth graders, which means a new crop of students each year.

“Last year, we only had eight, and this year we have 16,” Carr said. “It all depends on who’s interested.”

However, both Carr and Pearson are excited to see the amount of interest and willing engagement surrounding this year.

“This is a great group,” Carr said. “They are really enjoying it and having fun.”

The club practices on Tuesdays and Thursday from 3-5 p.m. throughout the school year.

All those practices are in preparation for the group’s annual play, which is performed in front of their fellow students.

According to Pearson, the opportunity for younger students to view the play helps build excitement to one day be up onstage themselves.

“It takes a lot of courage to get up there and perform,” Carr said.

This year’s play is scheduled for March 19 with a performance in the morning for third and fourth graders followed by another in the afternoon for fifth and sixth grades. It will not be open to the public.

This year’s play is “Bedtime Stories Told by Dad.”

“It’s the storyline of a dad telling fairytales to his children, and you know how dad’s kind of twist it around,” Pearson said. “It’s going to be really fun to see those twists on the stories that we all know.”

All 16 students in the drama club will have a role in the play.

“We try to include everyone, so that everybody is seen,” Carr said.